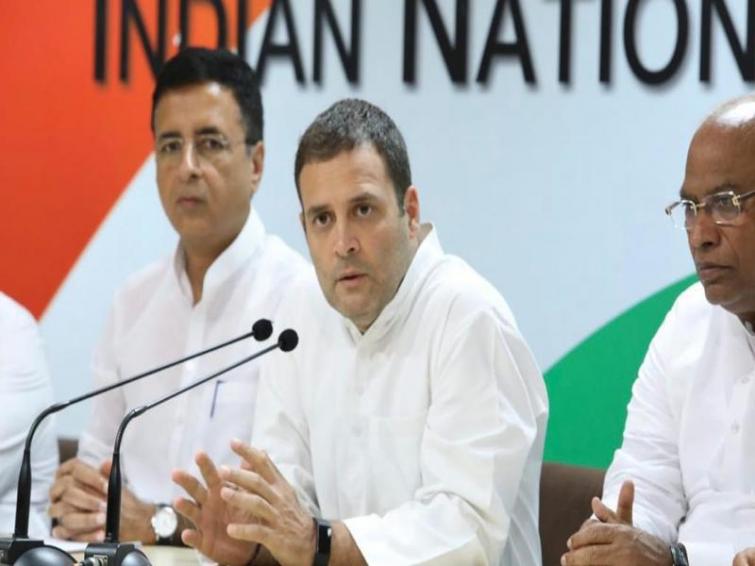 New Delhi, Mar 25 (UNI): A meeting of the Congress working committee, the highest decision making body of the Congress, will be held on Monday to finalise the party manifesto for the Lok Sabha elections and discuss the progress on alliances by the Congress in various states.

Sources said the CWC, chaired by Congress president Rahul Gandhi, will also discuss the party manifesto for the Lok Sabha elections, which will be held in seven phases from April 11 to May 19, and give a final shape to party's manifesto.

The manifesto for the Lok Sabha election is being prepared by a committee headed by senior leader P Chidambaram.

The CWC meeting is supposed to be held at the headquarters of the AICC, and will be attended by chairperson of the Congress parliamentary party Sonia Gandhi, former Prime Minister Manmohan Singh and senior leaders of the Congress party including Ahmed Patel, A K Antony, Ghulam Nabi Azad, P Chidambaram, Mallikarjun Kharge, Ambika Soni and Anand Sharma.

The Congress has involved people from different sections of the society and held several rounds of consultations with them across the country to include their views in the manifesto.

The CWC will also discuss the progress on alliances by the Congress in various states.

Sources said the meeting of the CWC will draw out a strategy of the party after its failure to forge alliances in the crucial states of UP and West Bengal.

Monday's meeting of the CWC comes a fortnight after the meeting in Ahmedabad on March 12.