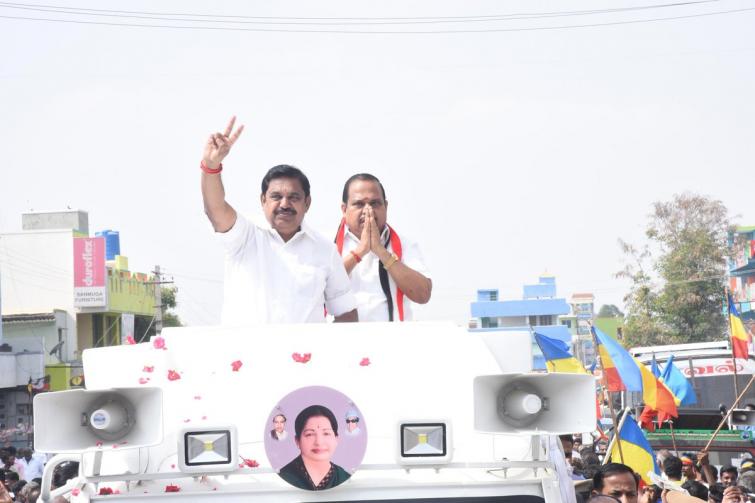 Chennai, Mar 24 (UNI) The ruling AIADMK on Sunday released an additional manifesto for the April 18 Lok Sabha polls, blaming the then ruling Congress-DMK combine for the genocide in Sri Lanka during the final phase of the ethnic war and promised action against all those involved in it.

It said the then Sri Lankan President Mahinda Rajapakse, during his visit to India in 2018, had confessed that “but for the support of the then Government of India (headed by Congress-DMK combine), we would have not won the war against Tamil Eelam freedom fighters”.


This open confession of Mr Rajapakse about the cruel truth behind the success of Srilankan army over Tamil Eelam fighters has brought to light the hidden conspiracy of Congress and DMK Government in regard to the annihilation of Eelam tamils, it added.


The manifesto said the social media and video records have firmly proved with due evidences about the cruel forces behind the inhuman massacre of Eelam Tamils.


Recalling the fast undertaken by then Chief Minister M Karunanidhi and his daughter and DMK Rajya Sabha Member Kanimozhi leading a delegation to Sri Lanka after the war, it said during that visit Mr Rajapakse profusely thanked the Indian Government and its delegation for their active support in the ethnic war against eelam tamils.


The manifesto said, the AIADMK, based on the above facts and evidences, strongly insists that the UNO, world communities and the Indian Government to initiate thorough investigation and due actions against the perpetrators and bring to light their involvement as war criminals and prosecute them.


It also promised to urge the government to impress upon the UNO to hold a referendum on the various demands of Eelam Tamils Tamils, press the Lankan government for due devolution of administrative powers to the Tamil Eelam regions and for providing constitutional guarantee in regard to human rights, property rights, languages rights and religious rights.


The AIADMK will also insist the Government to press for rehabilitation of Eelam Tamils affected by war in the spheres of employment, agriculture, housing, industries and education.