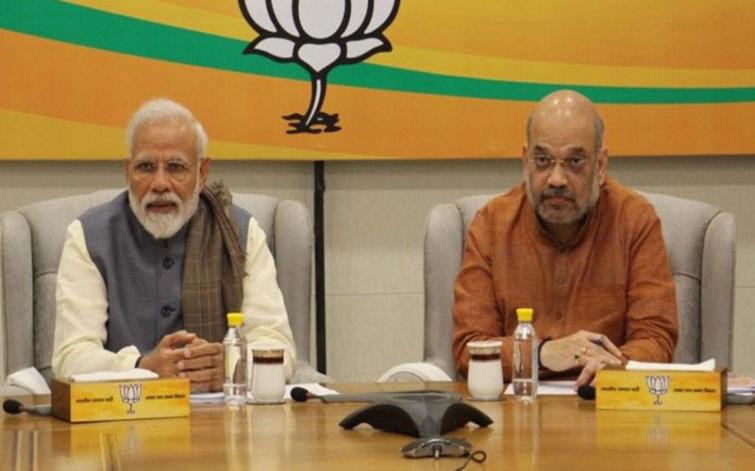 BJP CEC meet takes place, no finalisation of candidates yet

New Delhi, Mar 21 (UNI): The BJP Central Election Committee (CEC) had third round of elaborate meeting on Wednesday night but has not yet released the first list of candidates.

It being Holi festival day on Thursday, it was not clear whether names will be released on Thursday or Friday.

For West Bengal, the short list has been prepared and though formal names have not been announced the probable candidates have been advised to prepare for filing of nominations at short notice.

In the first phase of polling on April 11, in West Bengal voting will take place for Coachbehar and Alipurduar.

The playback singer-turned-politician Mr Supriyo, Union MoS for Heavy Industries, is set to take on actress-turned-Trinamool leader Moon Moon Sen. However, in the initial discussions, no final decision has been made about sitting Darjeeling MP and another Minister S S Ahluwalia.

Reportedly, the name of former Uttarakhand lawmaker Satpal Singh Maharaj, who has a good Gorkha following, was also being considered for the seat.

The BJP leadership is in favour of accommodating all former Trinamool leaders Arjun Singh from Barrackpore, Saumitra Khan from Bishnipur and Anupam Hazra from reserved Bolpur constituency.

However, Mr Hazra's candidature was being explored for a Kolkata seat as well, sources said.

BJP Mahila Morcha leader in the state Deboshree Chowdhury is to be party candidate from Raiganj - where CPI-M has renominated its sitting member Mohammad Salim. The saffron party's good show in 2014 had helped Mr Salim sail home from the seat last time by a narrow margin.

Former CPI-M leader and MLA Khagen Murmu, who joined BJP, is being actively considered as the party candidate from Malda Uttar.

The party leadership also discussed about 20 other West Bengal seats and around 35-40 seats from Uttar Pradesh - where it wants to bring in new faces in several constituencies.

Even as candidates' list has not been announced, party sources indicated that once all pros and cons and considered and debated, the list of over 200 candidates across the country are expected to be released.

In the first phase 91 and in the second phase 97 parliamentary constituencies go to the polls.

BJP leader P Murlidhar Rao said besides a faction of Kerala Congress, which will contest one seat; the regional BDJS will congtest four and 14 will put up candidates in remaining 14.

Former Congress spokesperson Tom Vadakkan, who joined BJP recently, is likely to be one of the party candidates in the southern state -- where the saffron party is 'determined' to stage a major surprise, sources said.

The first list is likely to have the name of Prime Minister Narendra Modi for Varanasi too. It is not yet clear whether Modi will contest from any other seat too.