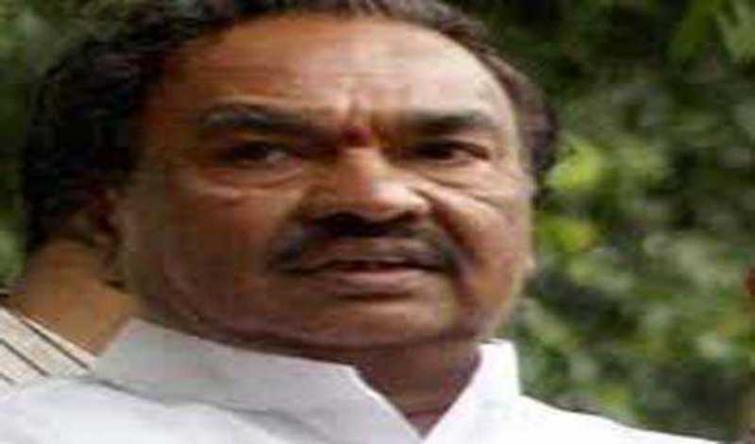 Karnataka: BJP to field its candidates in all the 28 Lok Sabha seats

Bengaluru, Mar 20(UNI) The Bharatiya Janata Party, which had won as many as 17 seats in the 2014 General elections, will field its candidates in all the 28 Parliamentary Constituencies in Karnataka.

Addressing newsmen here on Wednesday, former Deputy Chief Minister and the senior BJP leader K S Eshwarappa said that “we will field candidates in all the 28 Lok Sabha seats in Karnataka and win a minimum 22 to 25 seats”.

Maintaining that people of the State will rally behind the leadership of the Prime Minister Narendra Modi, he said that “country needs Modi’s able leadership to become one of the strongest nations in the world”.

Stating that the Congress, which had lost base in Karnataka, is riding the piggy back on the JD(S), he said that “Prima facie there appears alliance but animosity between two parties is well known”.

“After taking inputs in the respective local leaders, the Central party will name the candidates to contest in the elections” he added.

Dismissing the Opposition parties estimates that BJP can hardly retain one or two seats, the BJP leader, recalled similar opinions expressed by the Opposition Congress and the JD(S), during 2018 Assembly elections in Karnataka. “The people of Karnataka, had proved wrong all such opinions after the elections” he said.

Stating that BJP will go before the people in the coming general elections, seeking support on the basis of the performance of the NDA government at the Center in the last five years, he said that “the strong and committed workers of the party will reach each and every household and drum up support for the party candidates.”