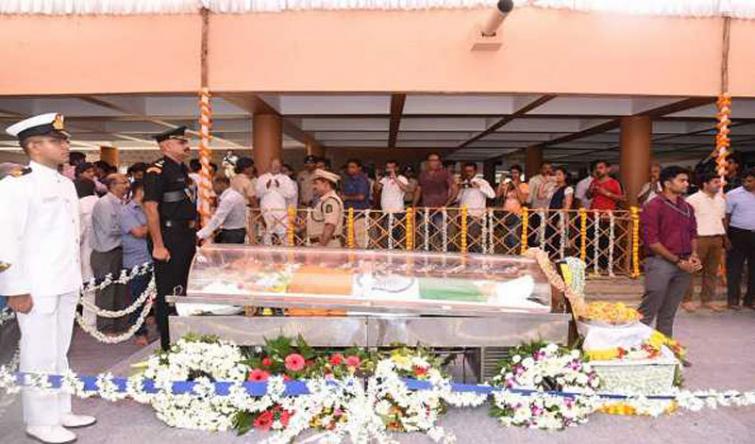 Panaji, Mar 18 (UNI/IBNS) The final journey of late Chief Minister Manohar Parrikar, who passed away on Sunday, began from Kala Academy to Miramar where final rites are to be performed.

In the morning, mortal remains of the former defence minister was taken from his private residence at Dona Paula to Bharatiya Janata Party (BJP) State Headquarters in the city and kept there for the people to their last respect to the departed leader.

A large number of people had gathered at BJP State Headquarters to pay homage to their beloved leader. Army has arranged a decorated truck for carrying the mortal remains of the leader. When the mortal remains of Parrikar, wrapped in national flag, reached BJP office in the city, the emotional party workers raised slogans 'Manohar Bhai Amar Rahe' (Long Live Manohar Bhai).

The Chief Minister was called by his supporters and party workers 'Bhai.'