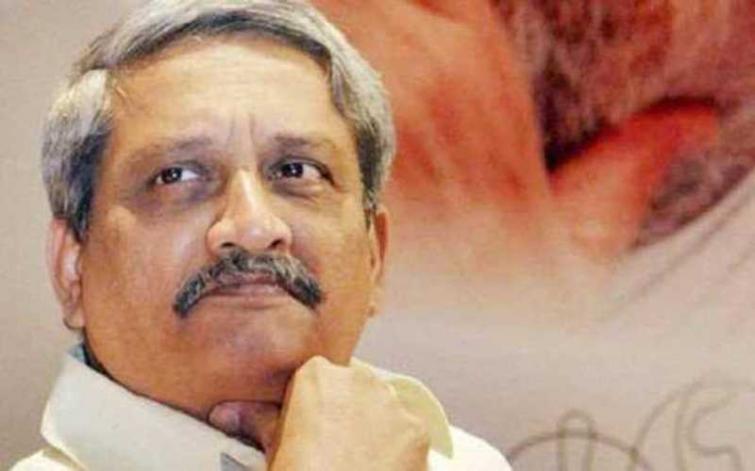 The Cabinet observed silence for two minutes in the memory of late Parrikar.

It approved observing one day of mourning by the Centre and flying the National Flag at half-mast on Monday in all the States/UTs Capitals, including Delhi and throughout the state of Goa.

The Union Cabinet further approved a condolence Resolution in the memory of the late leader.

'The Cabinet expresses profound sorrow at the sad demise of Manohar Parrikar, Chief Minister of Goa in the evening of Mar 17 at Panaji, Goa. In his passing away, the country has lost a veteran and distinguished leader, affectionately called as the Chief Minister of commoners,' according to the resolution.

Born on Dec 13, 1955 at Mapusa, Goa, Parrikar was educated at Loyola School, Margao and later graduated in Metallurgical Engineering from the Indian Institute of Technology, Mumbai in 1978.

'Before entering politics, Parrikar had joined the Rashtriya Swayamsevak Sangh (RSS) at a young age and became a Mukhya Shikshak (Chief Instructor) in the final years of his schooling itself. After graduating from IIT, he resumed RSS work in Mapusa and became a Sanghchalak at the age of 26,' it said.

As a member of the Bharatiya Janata Party, Parrikar was elected to the Legislative Assembly of Goa in 1994. He became the Chief Minister of Goa for the first time on 24th October, 2000 and continued till February 27, 2002.

'Parrikar will be remembered for his simplicity and his abilities as an exceptional administrator, the resolution stated.

His contribution to the building of modern Goa and to the modernisation of India's Armed Forces as well as improvement to the lives of ex-Servicemen will never be forgotten, it said.

Parrikar was awarded the 'Distinguished Alumnus Award' by IIT Mumbai in 2001, Honorary Doctorate by National Institute of Technology, Goa in 2018 and the Dr S P Mukherjee Award in 2018, among others.

He is survived by his two sons.

The Cabinet extended its heartfelt condolences to the bereaved family and the people of Goa on behalf of the Government and the entire Nation.