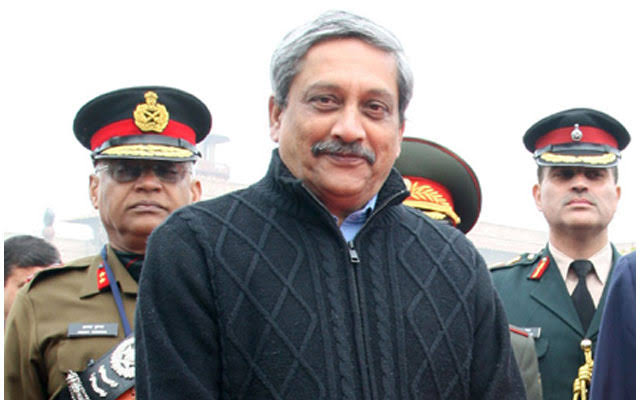 Panaji, Mar 18 (IBNS): The last rites of Chief Minister and former Indian Defence Minister Manohar Parrikar will be held in Goa on Monday.

According to a statement from Bharatiya Janata Party (BJP) here, mortal remains of the late Chief Minster would be kept at the party head office in the city from 0930 hrs to 1030 hrs. Thereafter, it would be taken to Kala Academy, where people will be able to pay tributes to the departed leader from 1100 hrs to 1600 hrs. At 1600 hrs, the mortal remains will be taken to Miramar in form of a funeral procession, at 1630 hrs Vidhi will be held and 'Antim Kriya' will be performed at 1700 hrs, reported UNI news agency.

Parrikar will be accorded a state funeral.

According to reports, Union Home Minister Rajnath Singh will visit Goa to attend the funeral.

Ending his battle against pancreatic cancer, Goa Chief Minister Manohar Parrikar, who kept serving as the leader of his region even with his deteriorating health conditions, passed away on Sunday. He was 63.

His condition worsened on Saturday.

He had been in and out of hospital in Goa, Mumbai, Delhi and New York since February last year.

In recent times, he even made appearances in public with a  tube in his nose.

He even presented the budget, looking frail this year.

Apart from serving Goa as the Chief Minister, Parrikar will also be remembered for his tenure as the Defence Minister of the country under the prime ministership of Narendra Modi.

A leader of Bharatiya Janata Party, he was the Chief Minister of Goa from 14 March 2017 in his last term.