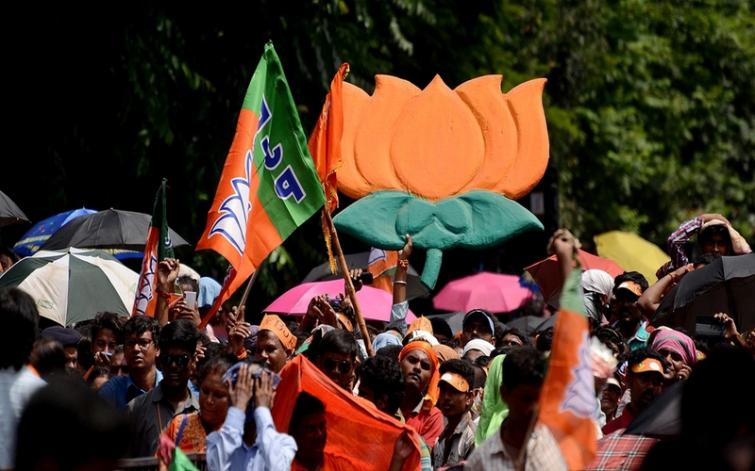 BJP to lodge complaint with CEC against Kerala CEO on Sabarimala issue: Rajasekharan


The BJP will raise the policy taken by the Government on Sabarimala issue and the Commission has no right to stop the party discussing a policy matter publicly, he said.


The same policy may be applied against any church or a mosque in the future by the Government and there is no problem in discussing a policy matter during election, he added.


BJP State General Secretary K Surendran also criticised the CEO's warning yesterday and said it is illogical to say that the Sabarimala issue should not be highlighted during the election.


"It is hundred per cent sure that the BJP will use Sabarimala as an election issue. Instead of issuing illogical warning, the CEO should take initiatived to stop fake voting," he added.


Mr Meena had clarified that using of Sabarimala issue for election campaign will be violation of code of conduct.


Addressing a press conference here, the CEO said he will call a meeting of political parties to discuss the matter and decide on what extent the Sabarimala issue can be taken up.


Campaign on the basis of caste, religion and communal issues could create divide in the society resulting into the violation of code of conduct, he added.