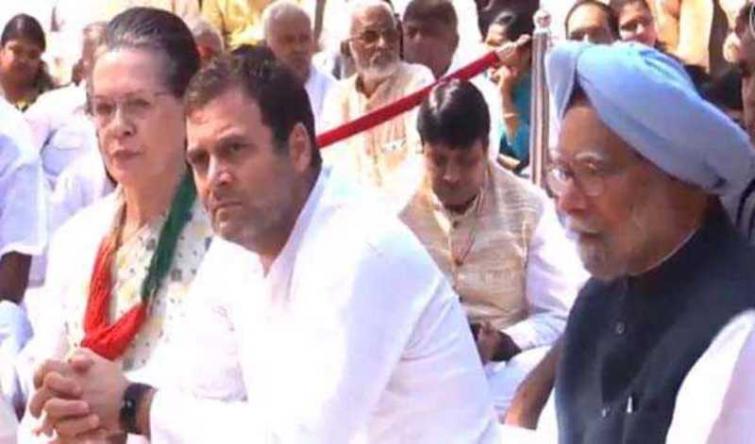 Ahmedabad, Mar 12 (UNI): A meeting of the Congress Working Committee, the highest decision-making body of the Congress, is being held on Tuesday here to review preparedness for the Lok Sabha elections and draw a strategy of the party to take on the BJP.

Congress General Secretary and star campaigner, Priyanka Gandhi Vadra, who has been made AICC General secretary in charge for Uttar Pradesh east, is attending the meeting of the CWC for the first time after assuming the post.

Party sources say by holding the CWC meeting in Ahmedabad in Modi's home turf of Gujarat, the Congress is looking to send out a strong political message to the entire nation from the land of Mahatma Gandhi and Sardar Patel.

Talking to reporters on Monday, Congress' state in-charge Rajeev Satav said, 'It is after 1961, a gap of 58 years, that Gujarat is going to host a meeting of the CWC. It is also being held to commemorate the anniversary of Mahatma Gandhi beginning a new chapter in India's Independence struggle by launching the 'Salt Satyagraha' to Dandi on March 12, 1930.'

"Walking in the footsteps of the Mahatma, Congress will launch a new Independence movement to save democracy," Satav said.

Congress leaders began the day with a prayer meet at the Gandhi Ashram in Sabarmati and after paying tribute to soldiers at a memorial, they proceeded to attend the CWC meeting at the Sardar Patel National Memorial.

A massive Jan Sankalp rally -- 'Jai Jawan, Jai Kisan' -- has also been organised in the afternoon in Ahmedabad.

The CWC, which was earlier scheduled on February 28, was postponed after the Pulwama terror attack on February 14 and the air strikes by India across the Line of Control on a terror camp in Balakot.