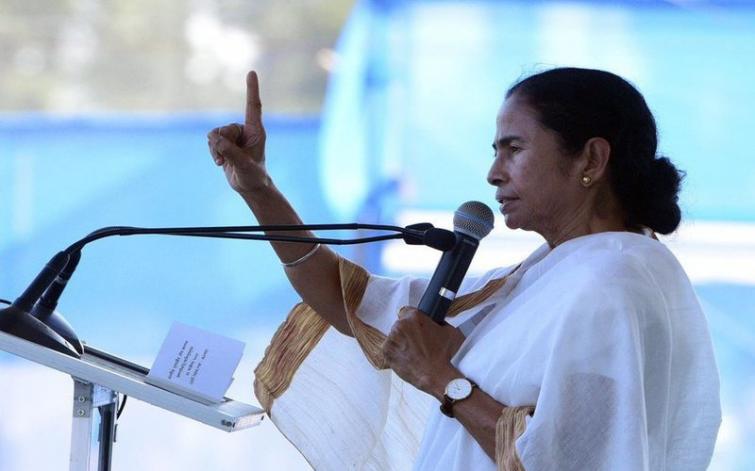 Kolkata, Mar 11 (IBNS): Not the Election Commission but the ruling Bharatiya Janata Party (BJP) was in West Bengal Chief Minister Mamata Banerjee's target on Monday as she alleged that the saffron outfit planned to disturb the state through seven-phase General Elections.

"Do not misquote me. It was not the Election Commission but BJP planned that election will be held in West Bengal in all seven phases to disturb the state," careful Banerjee said at Nabanna, the state headquarters.

However Banerjee, the Trinamool Congress (TMC) chief, said the BJP's "game plan" will backfire and hurt the saffron brigade only.

"I am happy in one way. I will have less pressure. I will be able to go and campaign in the northeastern states and also Jharkhand. BJP's plan will backfire as TMC will win all 42 seats," Banerjee said while addressing media.

The 2014 Lok Sabha polls were held in five phases in West Bengal.

Along with West Bengal, BJP-ruled Uttar Pradesh and Bihar will also have the election in all seven legs between Apr 11 and May 19.

Uttar Pradesh and Bihar, which have 80 and 40 Lok Sabha seats respectively, were swept by Prime Minister Narendra Modi-led BJP in 2014 General Elections.

The counting of votes will take place on May 23.