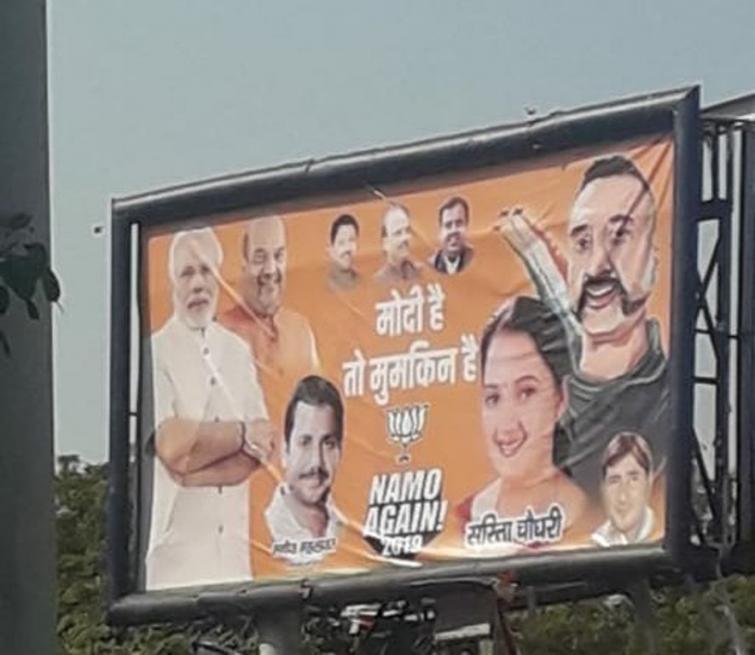 New Delhi, Mar 10 (IBNS): The Election Commission has asked all political parties across the country to refrain from using photographs of defence personnel on hoardings or posters while campaigning for the Lok Sabha polls.

The Commission has observed that the armed forces are neutral stakeholders in a democracy being very much apolitical and hence should be kept out of the purview of the election campaign.

A notice in the regard has been sent out to all major political parties of the country.

This comes after a billboard by the BJP in the national capital featured Prime Minister Narendra Modi and Amit Shah  among other leaders along with Indian Air Force pilot Abhinandan Varthaman with a caption that read "Everything is possible under PM Modi."

Soon after the billboard was placed in the public arena, Swaraj India National President Yogendra Yadav took it to Twitter and wrote: "Dear Election Commission of India: Is this permissible?

Dear Election Commission of India:
Is this permissible?
Using photograph of a serving soldier in political posters?
If not, will you act against it? pic.twitter.com/IiGUkphZWM

Using photograph of a serving soldier in political posters? If not, will you act against it?"

What happened to Abhinandan?

A day after the Indian Air Force (IAF) conducted surgical strike, Abhinandan was captured when his MiG-21 Bison fighter had fallen across the Line of Control in Pak-Occuppied Kashmir (PoK) on Feb 27, when the Indian pilot was engaged in a dogfight with an intruding Pakistani F-16 fighter jet.

He was taken into the custody by Pakistan army.

After India refused to sit across the table with its neighbouring country, which was facing an immense international pressure since Feb 14 Pulwama attack, Pakistan Prime Minister Imran Khan announced he will send Abhinandan to his own soil as a "peace gesture".

Abhinandan finally reached India through the Wagah border at around 9 pm on Friday.