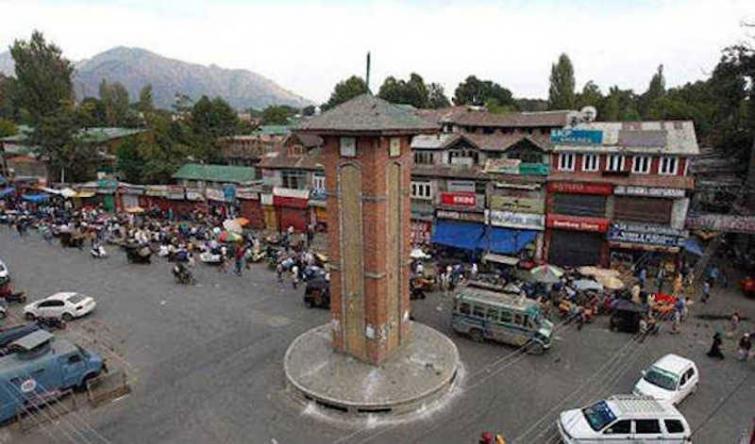 Life returns to normal in Kashmir after day-long strike

Srinagar, Mar 9 (UNI): Life returned to normal on Saturday in Kashmir after remaining crippled due to a day-long strike called by separatists against slapping of Public Safety Act (PSA) on JKLF chief Mohammad Yasin Malik and arrest spree in the valley, besides banning of Jamaat-e-Islami (JeI).

A police official said that restrictions imposed on Friday under Section 144 CrPC in the areas falling under the jurisdiction of MR Gunj, Nowhatta, Rainawari, Safa Kadal and Khanyar in the downtown, SeK and Maisuma in civil lines, have been lifted.

All the gates of historic Jamia Masjid, stronghold of moderate Hurriyat Conference (HC) chairman Mirwaiz Moulvi Omar Farooq, have been reopened for worshipers on Saturday after remaining closed on Friday.

Shops and business establishments reopened and traffic on all routes was plying normally in summer capital, Srinagar, and other major towns and tehsil headquarters in Kashmir. Some routes in uptown Srinagar witnessed heavy traffic jam.

The situation was no different in downtown and uptown, where shops and business establishments reopened after day-long strike on Saturday.

Security force and state police personnel deployed in the Jamia Market in downtown to prevent people from entering the worship place on Friday have been withdrawn and shops have reopened early this morning in the area.

Business and other activities also resumed in the twin central Kashmir districts of Budgam and Ganderbal.

Reports of normalcy were also received from other parts of the Valley, including Baramulla, Sopore, Bandipora and Pattan in north and Anantnag, Kulgam, Shopian and Pulwama in south Kashmir.