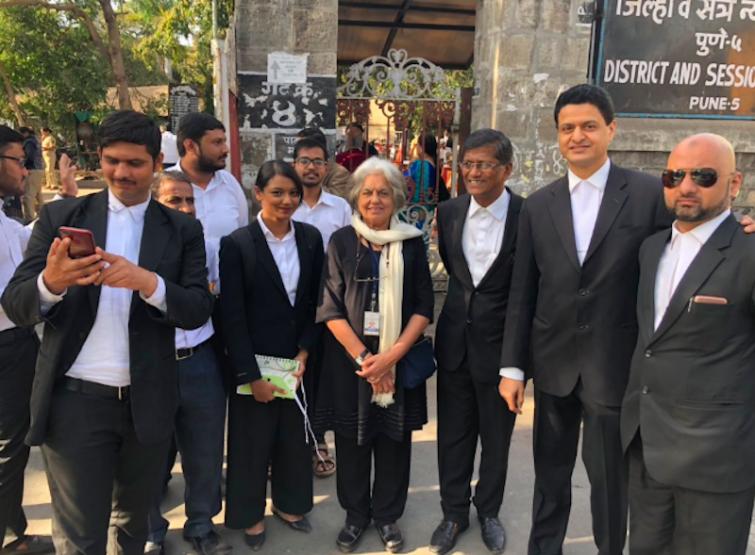 "I am a person in my own right,” Jaising, India's first woman additional solicitor-general, told Venugopal and asked him to withdraw him remark. The Attorney-General later said he considered her a "very, very good lawyer".

According to reports, the heated exchange happened during a hearing of contempt petitions filed against advocate Prashant Bhushan by the attorney-general and the government for his tweets. The court had decided to examine the “larger issue” of whether curbs could be imposed on lawyers and litigants from expressing their views in the media on pending cases.

Advocate Anand Grover informed the court he was representing Ms Jaising, who wanted to intervene on the issue as a “writer and lawyer”.

Justice Mishra, who appeared to not have understood Grover the first time, asked him again whom he was representing. When Grover replied “Ms. Jaising”, Justice Mishra asked: “Not Indira Jaising?”

“Yes, Ms. Indira Jaising. It is the same name only,” Grover said.

Venugopal, at this point, said: "You should say your wife."

“Mr. Attorney, please withdraw your statement. I am a person in my own right. We are not to be identified as somebody’s spouse, wife or husband. Hence we choose not to change our surnames… Mr. Attorney, please see me as a lawyer. It is my choice who should represent me in court,” she said.

Later, however, she apologised in court to Venugopal for raising her voice at him. The attorney-general, in turn, at once rose to convey to the court his respect for Jaising’s skills as an advocate.