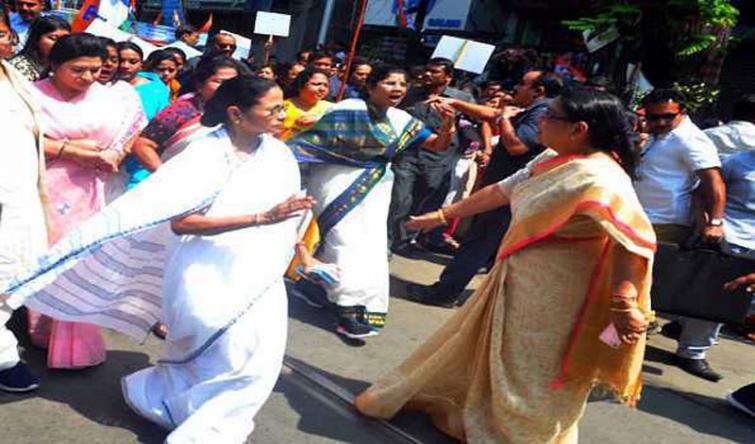 Virtually launching her General election campaign on the International Women’s

Day, Banerjee said, ‘’ Rafale files have been stolen from the Defence ministry.

All institutions have been destroyed, Banerjee said.

"PM said terrorism will be reduced after demonetisation. On the contrary there has been a 260 per cent increase in terrorism," Banerjee alleged.

“Why did Uri, Pathankot, Pulwama happen despite intelligence reports?” the chief minister questioned.

She said, "History is being distorted. Geography is being altered under this government at Centre."

Banerjee said, "Dalits, Adivasis, minorities, farmers and women are suffering under this regime. Lynching has become a syndicate. We will protect the peace, harmony and culture of the country. The country needs a people’s government, a United India Government. ‘’