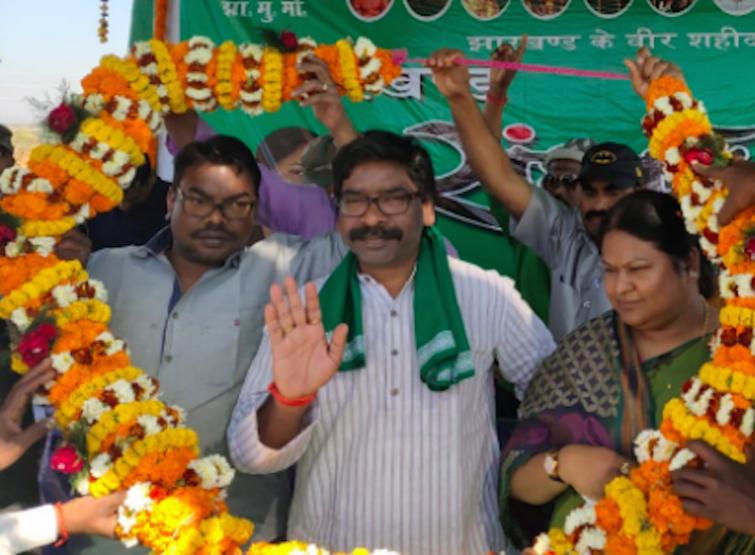 Politics in name of air strikes not good for the morale of armed forces: Hemant Soren

Giridih, Mar 4 (UNI): Jharkhand leader of the Opposition and JMM's executive president Hemant Soren today refuted talks of any problems in Mahagathbandhan in the state for the upcoming Lok Sabha elections in Jharkhand.

Talking to reporters at the circuit house here this evening, he said, this time around the Mahagathbandhan will fight with full strength the Lok Sabha elections in Jharkhand.

He said that efforts are being made to ensure that there is no division of the votes.

Soren said that efforts are also being made to accommodate the left parties in the Mahagathbandhan and said that the responsibility lay on the Congress and the JVM(P) to meet their demands and currently deliberations were on to adjust them.

When asked about the air strikes he said that politics in its name was not good for the nation as it declines the morale of the army but it is true that BJP was most politicising the issue and it is claiming glory for itself for the acts of the armed forces.

He said that only after declaration of the Lok Sabha polls, the candidates would be announced and claimed that any worker of the JMM has the capacity to contest the polls.