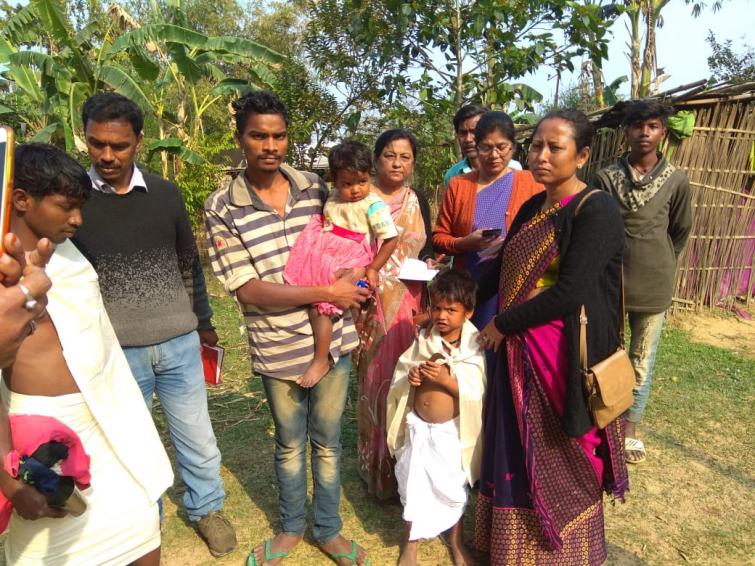 Guwahati, Mar 1 (IBNS): Assam hooch tragedy, which has claimed as many as 150 lives in Golaghat and Jorhat districts, has also left many orphaned.

The preliminary report prepared by the Child Welfare Committee (CWC) of Golaghat and Jorhat districts under the government run State Child Protection Society, revealed that, 32 children of both districts have lost both their parents to the hooch tragedy.

The Child Welfare Committees of both districts have prepared the report following its survey.

Through the survey, the CWC has found 32 children in Golaghat and Jorhat districts, who have lost their parents to the tragedy.

According to the reports, 30 children have found alone in Golaghat district, the most affected district in the incident, where around 100 people have been died after consuming spurious liquor.

The report revealed that, among the orphans, six are from a same family, who lost both their parents to the tragedy.

40-year-old Debaru Pujor, a tea garden labourer of Halmira tea garden in Golaghat district is one of victim among 150 people who died in the tragedy.

Not only Debaru Pujor, his wife Sunita Pujor was also died after consuming spurious liquor.

All 32 orphans are from 12 families in Golaghat and Jorhat districts.

Golaghat district CWC chairperson Dr Lukumoni Goswami said during the ongoing survey, they have found 30 children in the age group between 2-17 years, who lost both their parents.

“We have found 30 orphans, who lost both their parents, from Halmira tea estate and Gulampatti area. We have found them in very pathetic situation. So far two children – a girl and her brother, have been rehabilitated to a Child Care Institution at Bokakhat area,” Lukumoni Goswami said.

Goswami further said that, in most cases, the relatives of the orphans are refusing to hand over them to concern authorities.

Following the incident, the Assam government announced ab ex-gratia relief of Rs 2 lakh for the kin of the deceased and Rs 50,000 for those who are hospitalised.

The CWC officials fearing that, the relatives of the orphans may be refusing to hand over the children to the authorities just because the government’s announcement to give ex-gratia to the kin of the deceased persons.

“We have already submitted the list of orphans to the district administration,” Lukumoni Goswami said.

Goswami further said that, the CWC has taken appropriate measures to ensure that, the children are well looked after and decided to open bank accounts in the name of orphaned children.

On the other hand, Assam social welfare minister Pramila Rani Brahma said that, the social welfare department has already directed the administration of Golaghat and Jorhat districts to identify the orphan children, who lost both their parents in the tragic incident.