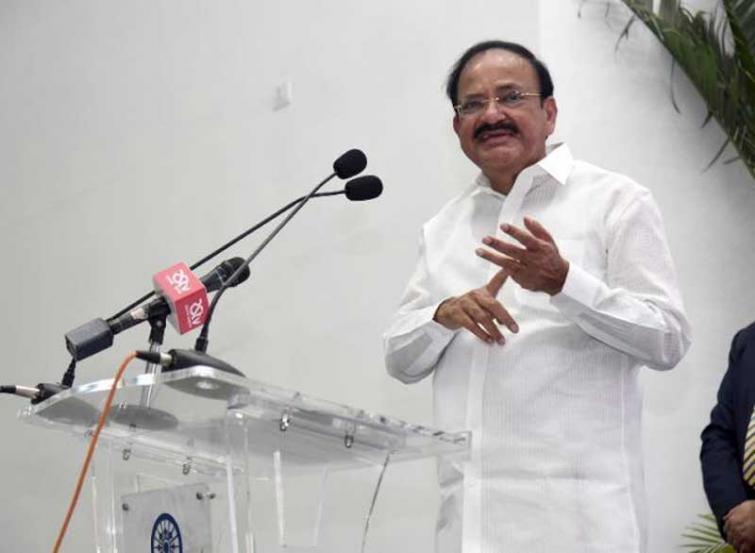 Education we impart must lead to self discovery, enlightenment and awakening of an individual: Vice President Naidu

New Delhi, Mar 1 (IBNS): Vice President of India M. Venkaiah Naidu has said that the education we impart in our schools, colleges and universities must lead to self discovery, enlightenment and awakening of an individual.

He was addressing the gathering at the Platinum Jubilee Celebrations of Andhra Vidyalaya College of Arts, Science & Commerce, in Hyderabad on Friday.

The Minister for Education, Telangana, G. Jagdish Reddy and other dignitaries were present on the occasion.

"Demographics is a game changer in economic development and can transform the pace and pattern of economic growth," he added.

Naidu said that investing in people through healthcare, quality education, jobs and skills helps build human capital. He further said that though India has made considerable gains in human development, it still grapples from challenges of illiteracy, big barriers to secondary schooling, low-quality public services, and gender discrimination.

"It is time for India to pursue a much more aggressive education plan, exploiting the new technology opportunities," he added.

He urged the institution to do everything in its power to encourage more and more young women to avail opportunities of higher education.

Saying that even when jobs are available, candidates with the right skill set that fit the job are not available, the Vice President suggested to tackle this issue with the Pradhan Mantri Kaushal Vikas Yojna 2.0 which has been launched in October 2016 and aims to train 10 Million Youth over a period of 4 years.

Advising to pay attention to equity in access to education, the Vice President said that women and girls, Scheduled Castes and Tribes, differently-abled and minority groups need to have a barrier free and equitable access to higher education.

Quoting Swami Vivekananda's exhortation a hundred years ago - “Awake, arise and stop not till your goal is reached”, Shri Naidu said that this world is full of opportunities and one must seize them.