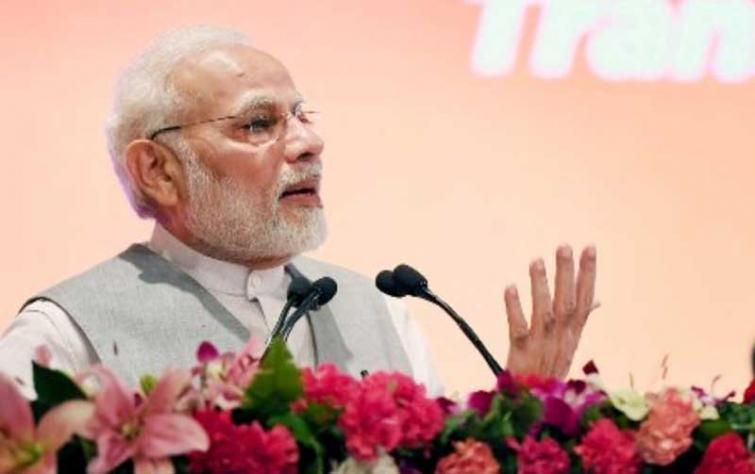 PM Modi to have stopover in Trivandrum Airport

Thiruvananthapuram, Mar 1 (UNI) Prime Minister Narendra Modi will have a stopover at the International Airport here on Friday en-route to Kanyakumari to inaugurate various projects in neighbouring Tamil Nadu.

The Prime Minister will reach the airport here at 1430 hrs and leave for Kanyakumari by helicopter to inaugurate various projects worth Rs 40,000 crore, sources told UNI.

The inaugural ceremony of major projects include Marthandam and Parvathi Puram over bridges will be held at Agasteeswaram Vivekananda College where more than 5,000 police personnel are being deployed to ensure security.

The duration of inaugural function was cut short following the war-like situation existing in India-Pakistan border.

Earlier, the inaugural events have been planned in two venues and that were reduced to one venue due to security concerns.

Sea patrolling was strengthened in coastal areas in the wake of Prime Minister's visit in the coastal district of Tamil Nadu and fishermen were asked to not venture into sea in boats for two days as part of ensuring foolproof security considering warlike situation in the border.