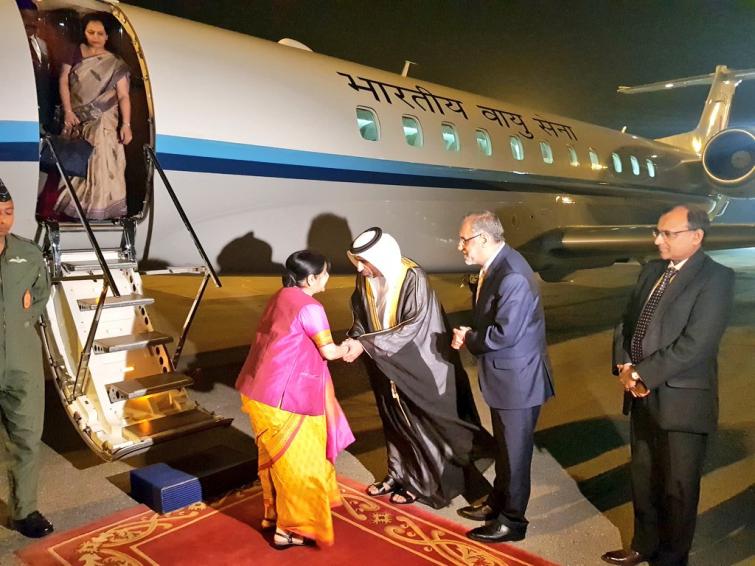 Swaraj has been invited as the 'guest of honour'. She will be the first Indian foreign minister to attend any OIC meet.

"Recognising India’s engagement with the Islamic world," tweeted MEA spokesman Raveesh Kumar on her arrival here with a snap of Ms Swaraj being received at the airport.

Swaraj has been invited by Sheikh Abdullah bin Zayed Al Nahyan, Foreign Minister of UAE as the 'Guest of Honour' for the inaugural session.

UAE Foreign Minister will open the OIC meet in the presence of Secretary-General of the Organisation of Islamic Cooperation Dr Yousef Al-Othaimeen.

This gesture from the OIC and UAE which more often in the past has taken an indifferent approach to India only reflects "India's growing diplomatic influence".

The 46th OIC session this year will be held under the theme: "Fifty years of Islamic cooperation: the road map for prosperity and development", coinciding with the celebration of the 50th anniversary of the organisation.

During her stay in Abu Dhabi, besides the OIC meet, Swaraj will also a few bilateral talks including with UAE.