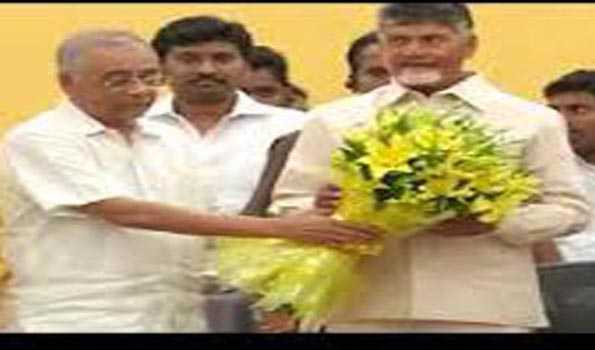 Andhra Pradesh Chief Minister and Telugu Desam Party National President N Chandrababu Naidu admitted him into the party by wrapping a yellow scarf at a programme held in prajavedhika hall.

Deo was the senior leader of Congress Party senior leader and was a five-time MP from Araku constituency in Visakhapatnam district.

He was the Cabinet Minister for Tribal and Panchayat Raj Affairs in the Manmohan Singh government. Two former MLAs ---Gomango and Jayamani also joined the TDP along with Deo.

Addressing the programme, Mr Chandrababu Naidu welcomed him into the party and said that the TDP needs such a senior politician like Mr Kishore Chandra Deo.

The Chief Minister reminded that when Kishore Chandra Deo was the Union Minister he prevented the privatizing bauxite mines in Visakhapatnam district.