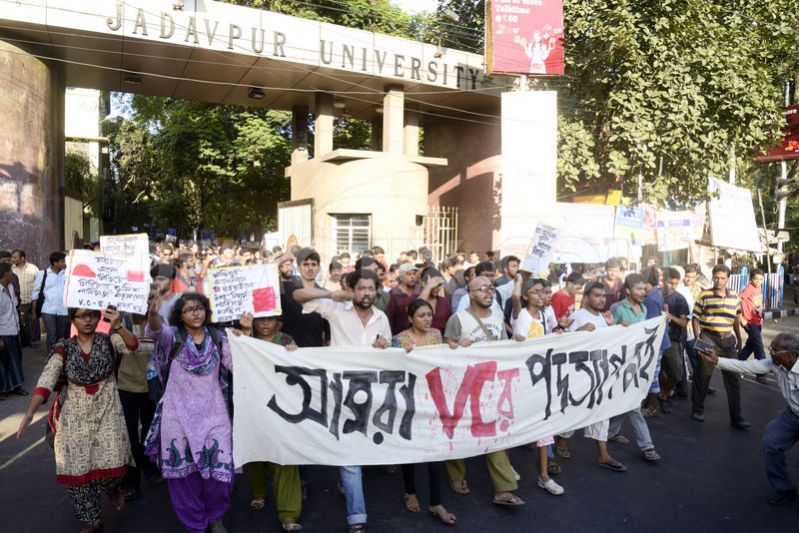 They have requested all students of the JU, other universities and general people to join the protest.

The students said they would continue their protest until the vice-chancellor of JU, Avijit Chakraborty resigns from his position.

At least 35 students of Kolkata’s prestigious Jadavpur University (JU) were arrested at around 2 am on Sept 16 night for staging protests in front of the main administrative building within the campus and the vice chancellor, whom they labelled as a Trinamool Congress man.

Students alleged that their members were dragged, manhandled and girls molested by the police officers and those who cracked down on them. They claimed activists from the Trinamool Chhatra Parishad, the student's arm of West Bengal’s ruling Trinamool Congress, also came in with the police.

The JU students had staged a sit-in demonstration at the main administrative building of the university this month demanding an unbiased probe- with neutral panel sans ruling party members- into the alleged molestation of a second-year student by students from the university some time back.

(Image and Reporting by Deepayan Sinha)

Police taking Jan Adhikar Party activists into custody in Patna as they demonstrate against Bihar flood situation 01 Jan 1970, 05:30 am