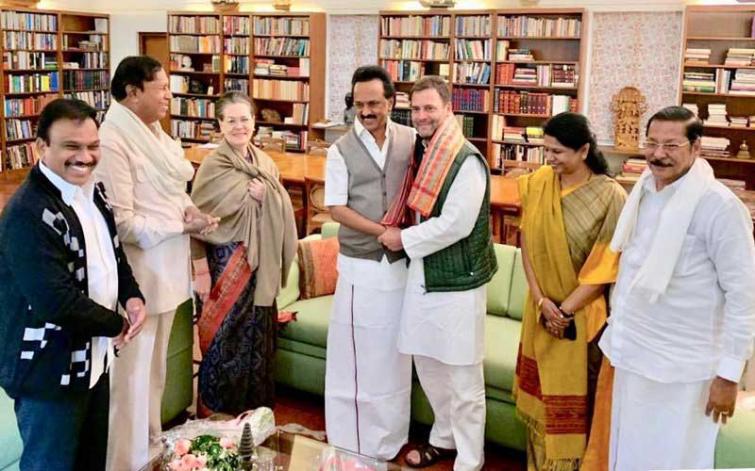 Chennai, Feb 20 (IBNS): A day after the AIADMK and Bharatiya Janata Party (BJP) sealed a deal, the DMK and Congress are likely to announce their alliance in Tamil Nadu for the upcoming Lok Sabha polls on Wednesday, media reports said.

The DMK is likely to contest in 25 seats while Congress might get nine.

Congress leaders KC Venugopal and Mukul Wasnik are expected to reach the southern state to strike an alliance with DMK, which is led by MK Stalin.

The Congress is likely to fight the lone Lok Sabha seat of Puducherry with the support of AIADMK.

AIADMK, which won 37 Lok Sabha seats in the last election, has been appearing to be on a slide since the death of its charismatic leader J Jayalalithaa and the consequent rupture of the party. Along with the BJP, it will also be looking to revive its fortune.

Actor-politician Rajinikanth, who could have been a major factor in the election, recently announced he would not be part of the General Elections and said no party should use his name in their campaigns.

Another actor-politician Kamal Haasan, whose party will contest the election this time, has not announced any alliance.