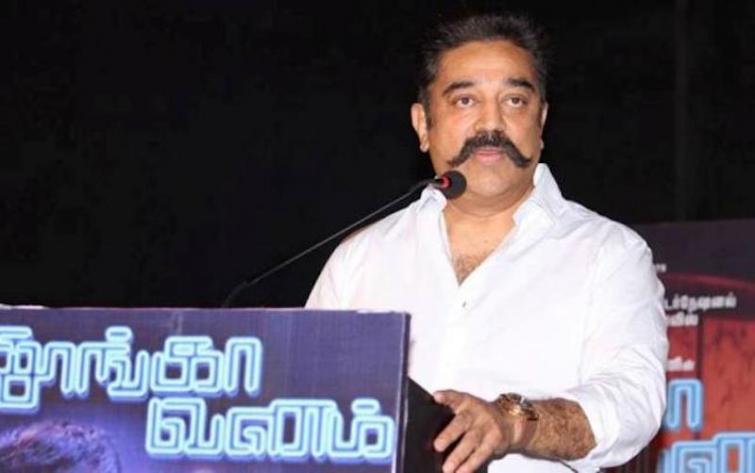 “As I have entered politics, I cannot avoid elections. It may be either a Lok Sabha or a state assembly election. As a political party, we should face elections. If we say that we will see in the next elections, then people will not respect,” Hindustan Times quoted Hassan as saying.

The MNM will fight from all the 39 Lok Sabha seats in Tamil Nadu and one in Puducherry.

“After tabling a banana leaf we cannot avoid eating the food,” Hassan said.

Ending months of speculation, superstar Rajinikanth on Sunday announced that he will not contest in the upcoming Lok Sabha elections.

He also declared that he will not support any party and hence his photographs should not be used for propaganda.

In a statement to media, the superstar said, "I am not supporting anyone. No party should use my picture or outfit's logo."

"My party has no support in the upcoming parliamentary election to any parties. So no one should use my photo or flags in the name of Rajini Makkal Mandram and Rajini Fan Club should not be used to support or campaign for any party," the statement read.

Rajinikanth also advised people to vote for a party in Centre, which will look into the water crisis of Tamil Nadu.

Promising to bring a change, Rajinikanth on Dec 31, 2017 announced his entry into politics.

Rajinikanth had then said that he was not entering politics to seek power and announced his party will contest in 234 constituencies in the coming Assembly elections in 2021.

The actor was also quoted as saying: "I will start a political party before State Assembly Elections. Till then, I request fans not to speak about politics, speak ill of any political party."