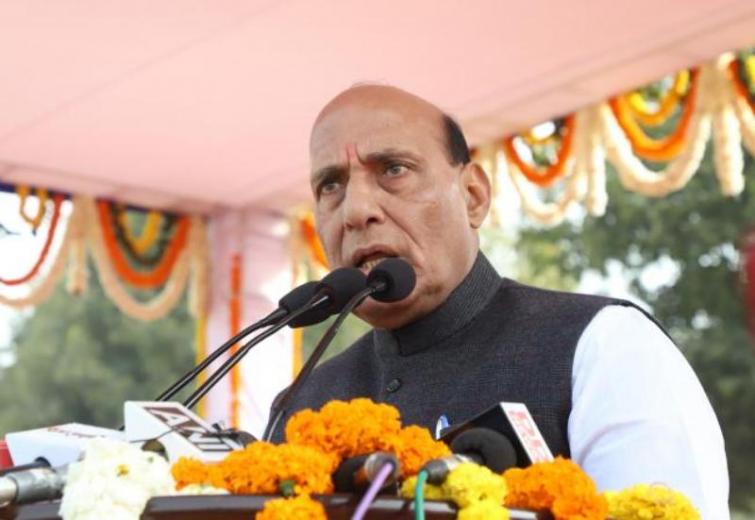 Srinagar, Feb 15 (IBNS): Visiting Jammu and Kashmir in the wake of the terror attack in Jammu and Kashmir's Pulwama area which left at least 40 CRPF jawans killed, Union Home Minister Rajnath Singh on Friday said a decision has been taken that civilian movement will be stopped for sometime when a large convoy of security forces passes through an area.

He said the decision was taken by keeping in mind the terror attack where a convoy carrying a CRPF jawan convoy was targeted.

" In the wake of suicide attack on CRPF convoy yesterday, it has been decided that the civilian movement will be stopped for sometime when a large convoy of security forces passes through an area. Civilians will face a little difficulty for this move. We apologise for it," Singh said.

Singh said fight against terrorism will take place till the end.

"There are some elements who are hand in glove with terror organisations, terror forces & ISI across the border. They are involved in terror conspiracies too. They are toying with the future of the people, especially the youth, of J&K," he said.


Singh also met injured CRPF jawans in the hospital who are undergoing treatment following the attack.

Militants rammed an IED-laden vehicle into a vehicle carrying CRPF at Goripora, Awantipora on Thursday afternoon.