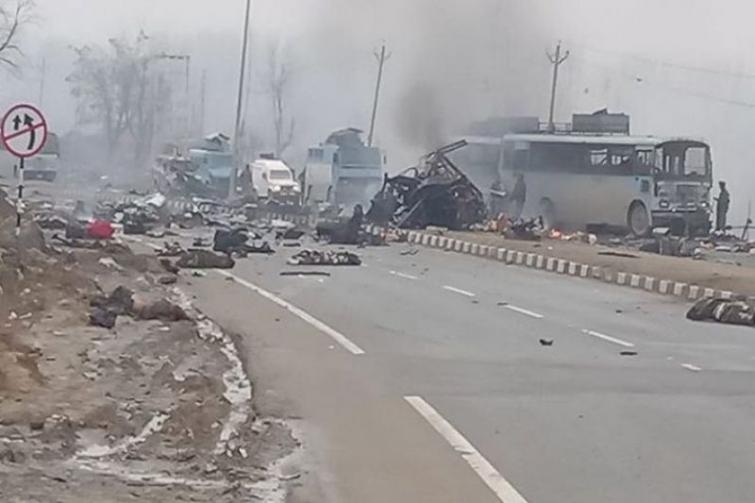 New Delhi, Feb 15 (IBNS): Even as Pakistan-sponsored terror group Jaish-e-Mohammad claimed responsibility for the suicide attack in Kashmir killing 40 Indian soldiers, the hostile neighbour of India said the attack in Phulwama should be first investigated before any accusation on Pakistan.

China, India's another difficult neighbour that is building a geopolitical axis with Pakistan with various collaborative projects, has been silent so far in condemning Pulwama even as condemnation poured in from across the world.

Denying any link with the deadly terrorist attack in south Kashmir's Pulwama district, where at least 40 Central Reserve Police Force (CRPF) personnel were martyred and 14 others injured on Thursday, Pakistan said the incident is a "matter of grave concern".

Rejecting any of its links to the attack, Pakistan said: "We have always condemned heightened acts of violence in the Valley. We strongly reject any insinuation by elements in the Indian government and media circles that seek to link the attack to the State of Pakistan without investigations."

It is well known by Intelligence agencies that Jaish is now one of the most favourite terror groups of Pakistan's spy agency ISI.

Pakistan's response came after India slammed its neighbouring country due to the attack, which was claimed by Pak-based terror outfit Jaish-e-Mohammad (JeM) as its responsibility.

"This terror group is led by the international terrorist Masood Azhar, who has been given full freedom by Government of Pakistan to operate and expand his terror infrastructure in territories under the control of Pakistan and to carry out attacks in India and elsewhere with impunity," said India in a statement.

Pakistan Prime Minister Imran Khan  is yet to comment on the attack.

Different countries, including US and France, condemned the suicide attack in Jammu and Kashmir's Pulwama city on Thursday.

The US State Department said the government is committed to working with the Indian government to combat terrorism in all its forms.

"Pakistan-based terrorist group Jaish-e-Muhammad has claimed responsibility for this heinous act. We call on all countries to uphold their responsibilities pursuant to UN Security Council resolutions to deny safe haven and support for terrorists," read the statement issued by the US government.

Alexandre Ziegler, the French ambassador in Delhi, tweeted: "France most firmly condemns the heinous attack perpetrated in Jammu & Kashmir. Our thoughts go out to the families of the fallen soldiers. France has always been and always will be by India’s side in the fight against terrorism in all its forms.#Pulwama #KashmirTerrorAttack."