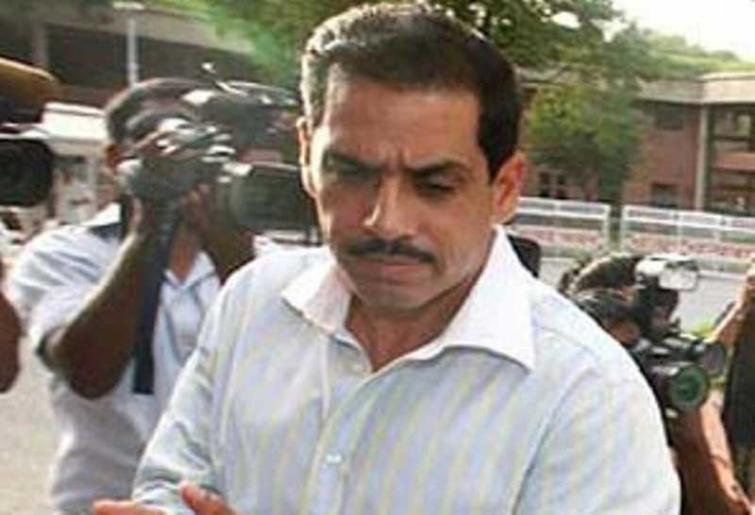 Jaipur, Feb 12 (IBNS) :Businessman and Congress President Rahul Gandhi's brother-in-law Robert Vadra underwent grilling by the Enforcement Directorate in Jaipur on Tuesday for the fourth time in connection with a money laundering case.

The ED sleuths also questioned Vadra's mother Maureen, who was accompanying him. She is a partner in a firm, Skyline Hospitality.

According to media reports, the probe agency has accused  Vadra of letting the personal driver of an associate, Mahesh Nagar, pay for buying land in Rajasthan's Bikaner with a cheque drawn on behalf of his mother Maureen.

He was allowed to take a break for lunch after which the questioning will resume.

According to reports, the investigators have also questioned the manner in which the transaction was done. The case dates back to 2017 when the Enforcement directorate arrested two associates of Vadra while they were investigating land deals in Rajasthan.

The Rajasthan High Court on January 21 directed Mr Vadra and his mother to appear before the ED for questioning in the alleged land scam.

On his arrival, Vadra wrote on his Facebook page : "So here we are my 75 year old mother n me in Jaipur to depose in front of the Enforcement Directorate. Not understanding the lows of this vindictive government to be harassing a senior citizen, who the world knows has lost her daughter in a car crash, her ailing son to diabetes, and her husband as well......".
..
Senior advocate KTS Tulsi said neither Robert Vadra or any other employee of his company has been chargesheeted by Rajasthan police or CBI.