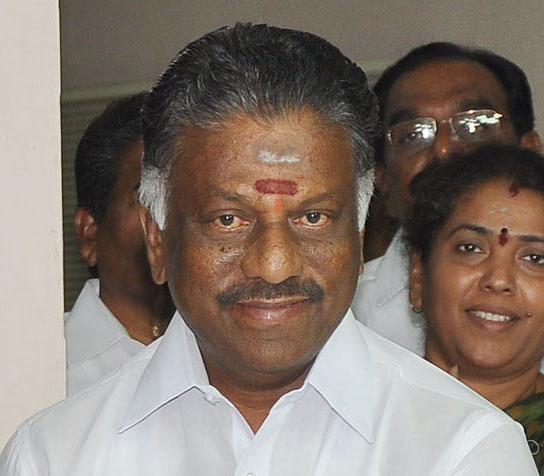 Panneerselvam even broke down in tears as he took oath while other ministers who were sworn in were also in tears  even as Jayalalithaa, who is in a Bangalore prison after being convicted, has moved for bail in the Karnataka High Court. Governor Konijeti Rosaiah administered the oath in the Raj Bhawan here.

The ruling All India Anna Dravida Munnetra Kazhagam (AIADMK) legislators a day ago chose O Panneerselvam as the successor of Jayalalithaa who had to step down after the conviction.

While Panneerselvam, 63, who belongs to the Thevar community and is a loyalist of Jayalalithaa, had also served as the state's chief minister way back in 2001 for about six months.

Panneerselvam was the Finance Minister in the Jayalalithaa cabinet since 2011.

In a massive setback, Tamil Nadu Chief Minister J Jayalalithaa was sentenced to jail for four years after her conviction along with three others by a special Bangalore court in the 18-year-old Disproportionate Assets (DA) case. The Chief Minister was present in the court when the verdict was delivered.

She has also been fined Rs 100 crore along with the jail sentence under prevention of corruption act.  She was sent to jail soon after the verdict.