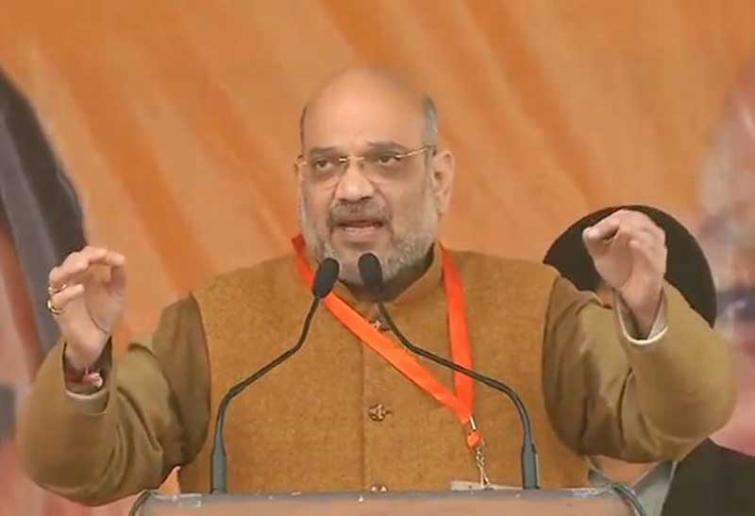 Referring to the incidents where choppers of Shah and UP CM Yogi Adityanath were not allowed to land in West Bengal, Amit Shah said during a rally in UP: "Mamata Banerjee, you think you can stop BJP workers in this way. You think you can stop the BJP from forming the government in the state. Then you are wrong. We will continue our fight."

"Under the leadership of Narendra Modi, BJP will win 23 seats in Bengal this year," he said.

After the Supreme Court on Tuesday asked Kolkata Police Commissioner Rajeev Kumar to cooperate with CBI in connection with chit fund scams, West Bengal Chief Minister Mamata Banerjee claiming moral victory called off her sit-in protest (dharna) which began on Sunday evening against the federal agency's action in the state.

The Supreme Court, which was moved by the CBI on Monday, asked Kumar to meet the federal probe agency at a neutral venue, Shillong.

However, the top court stated that Kumar, who has been accused of tampering with evidences of the chit-fund scams, cannot be arrested now or subjected to any coercive action.

Calling the verdict a "moral victory" of her party TMC, Banerjee said she is "obliged and thankful" to the top court for its order.