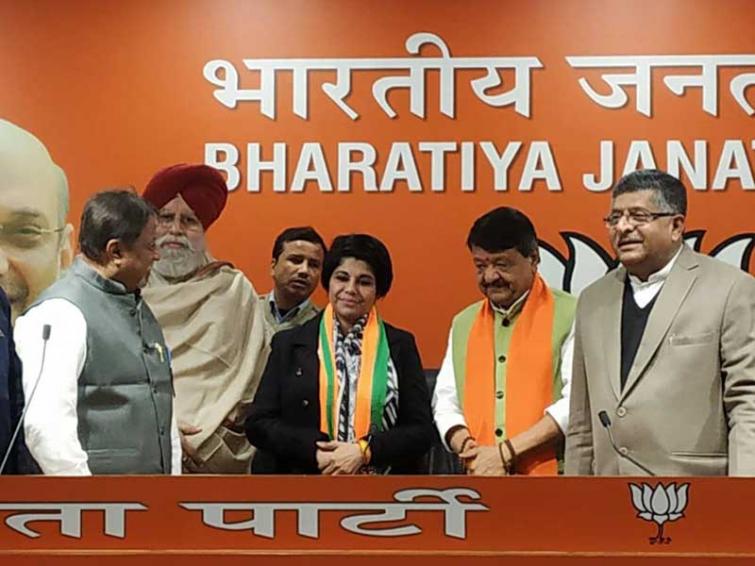 Bharati Ghosh, who had once described West Bengal CM Mamata Banerjee in a public meeting as the 'Mother of Jangalmahal', resigned from her service after the state government transferred her to a less important post.

Bharati Ghosh took the step, three days after she was transferred to the post of Commanding Officer (CO) of State Armed Police (SAP-3rd Battalion) at Barrackpore, which is considered as a comparatively less important post.

Ghosh was considered as one of the top police officers in West Bengal once and she was credited for tackling the Maoist problem effectively after Trinamool Congress government came to power in 2011.

The time will now tell whether she will contest the polls.

Bharati made the move at a time when CM Mamata Banerjee is currently on a dharna in Kolkata to protest against Central Bureau of Invesitgation's movie against Kolkata Pol;ice chief Rajeev Kumar.

The Bharatiya Janata Party (BJP) on Monday took their battle against the Trinamool Congress in West Bengal to the Election Commission highlighting how the Mamata Banerjee government in the eastern state is using its machinery to threaten the BJP workers and not allowing any electioneering by refusing permission to landing of helicopters of their leaders.

Briefing media, Defence Minister Nirmala Sitharaman said "every worker of BJP is constantly being threatened." She said the Mamata government is using the civic volunteers in West Bengal to act like police and threaten.

"TMC is rattled by the growth of the BJP," she said.

"It is an irony that the Chief Minister herself said democracy is under threat when she is acting like this," said Sitharaman.

"We gave instance by instance account to the Election Commission and requested them to take action," said Sitharaman.

Meanwhile, the Supreme Court on Monday said it will hear tomorrow the CBI plea against the Mamata Banerjee government in West Bengal on non-cooperation with the federal agency to probe into the state's chit fun scams, which require the quizzing of Kolkata Police Commissioner Rajeev Kumar, media reports said.

While Mamata Banerjee began an indefinite dharna against the CBI move, the Supreme Court has asked the probe agency to produce evidence proving Kumar's alleged attempt to tamper evidences in the chit fund scams after Solicitor General Tushar Mehta, appearing for CBI, said that the Kolkata Police Commissioner was destroying evidence.

Sitharaman said even the chopper of Uttar Pradesh Chief Minister, who is an elected CM of a state, was not allowed by Mamata.