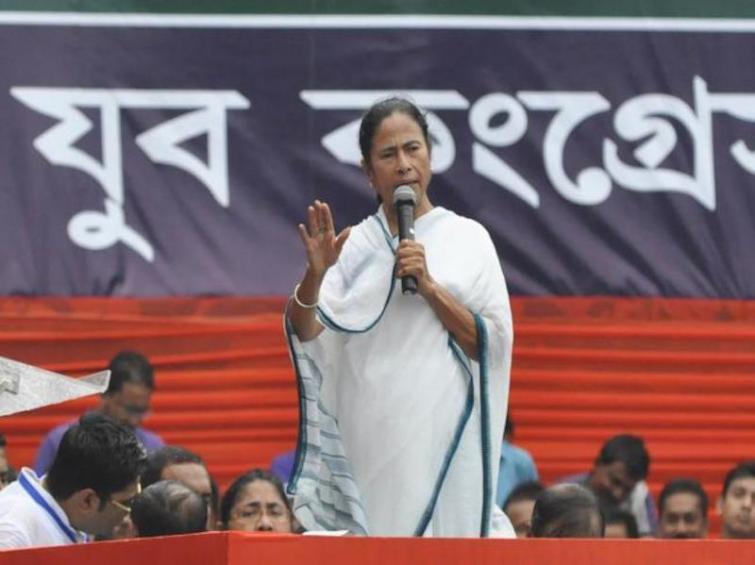 After high drama in Kolkata when the CBI officials were detained by the Kolkata Police when they tried to enter the residence of Rajeev Kumar, Mamata rushed to the house of the latter and held a meeting.

Kolkata Police on Sunday evening forcibly whisked away the group of Central Bureau of Investigation (CBI) officials who tried to enter the house of Kolkata Police Commissioner Rajeev Kumar, who is reportedly wanted by the federal invetigating agency in the probe into ponzi scheme scams in West Bengal. They were reportedly detained inside the Shakespeare Thana police station though there was no official confirmation by the city police. 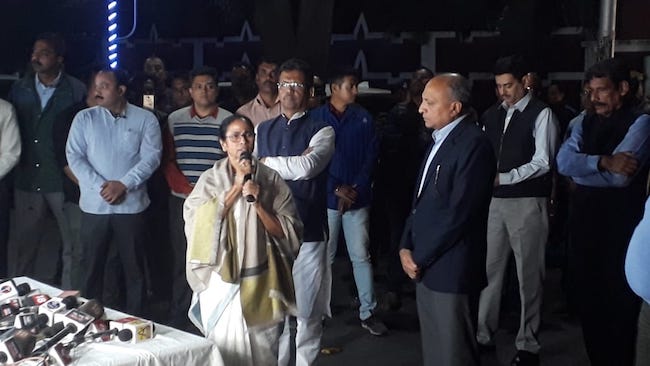 Following the meeting she emerged and made the following points before media: 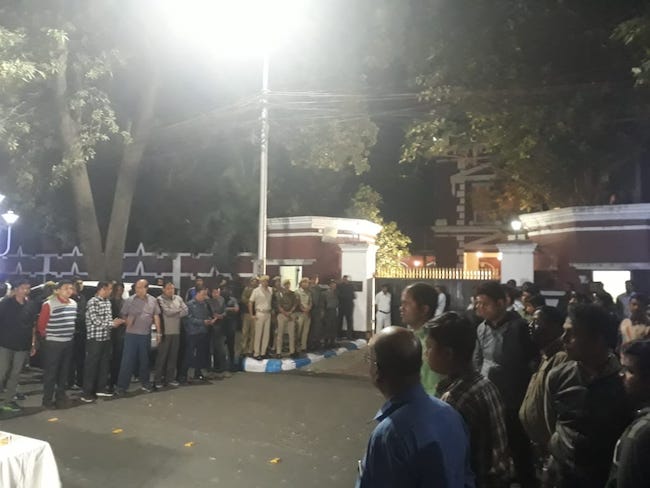 She earlier tweeted:"The highest levels of the BJP leadership are doing the worst kind of political vendetta. Not only are political parties their targets, they are misusing power to take control of the police and destroy all institutions. We condemn this," Mamata Banerjee tweeted.

Kumar was wanted for questioning in connection with investigations into several ponzi scams.

He had headed the special investigation team investigating into the Saradha and Rose Valley scams.

As per media reports, Kumar has been accused of tampering with evidence to save several influential people in the state.

Amid media reports that Kumar has not been attending his office for the past three days and has gone missing, the Kolkata Police rubbished the reports and said in a statement: "Kolkata Police condemns and denies such baseless news. Please take note that not only is the CP Kolkata available in the city, but has also been attending office on a regular basis, with the exception of 31.1.19, when he was on leave for a day."

Kolkata Police Additional Commissioner of Kolkata Police Javed Shamim called a press conference to say the reports of Rajeev Kumar absconding are fake news and legal action would be taken against publications of the news.  Kumar reportedly even did not attend a meeting with the Election Commission last week.