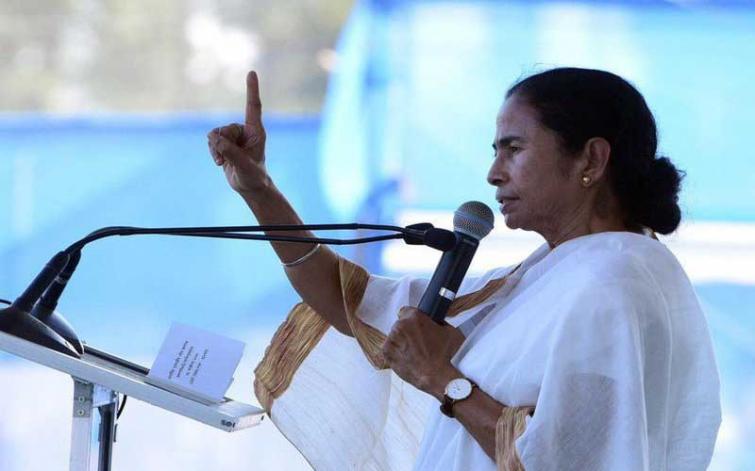 Kolkata, Feb 2 (IBNS): Hitting back at Narendra Modi for accusing the TMC government of misrule in West Bengal, Chief Minister Mamata Banerjee said the Prime Minister got angry as he is aware that the eastern state will lead the country in near future.

Interacting with ABP Ananda after Modi concluded his election-like speech in steel-city Durgapur in the state on Saturday, Mamata said: "Modi is aware that Bengal will show path to the country so he got angry. Bengal will lead the country several times."

Accusing the TMC government of being against poor people, Modi said: "West Bengal could've been the largest beneficiary of Ayushman Bharat. But, the local government snatched it from the poor people of Bengal."

"A government which betrays the poor can never benefit anyone. Those who play with the lives of the poor should be punished," he added while attacking the TMC government.

Modi, who referred to Mamata as "Didi" multiple times during his slightly less than an hour speech in Durgapur, also took on the Chief Minister over her decision to emulate her Andhra Pradesh counterpart in preventing the Central Bureau of Investigation (CBI) from entering the state.

In his trade-mark sarcastic tone, the Prime Minister said: "Didi why are you so afraid of investigating agencies if you are innocent? I never prevented CBI when I was ruling Gujarat because I had nothing to fear."

Calling Modi the "grandfather of corruption", Mamata accused the BJP government of resorting to vindictive politics.

She even termed demonetisation as a scam once again during her telephonic conversation with the television channel.

When asked about Modi's call to capture power in the state in 2021 assembly elections, the TMC chief said: "Let him (Modi) get re-elected in the 2019 General Elections first. Will he be able to get re-elected from his Varanasi constituency?"

"BJP has no leaders in West Bengal so they are hiring from outside. Let Yogi Adityanath manage Uttar Pradesh first," she added.

Reiterating her speech in Brigade rally on Jan 19, the Chief Minister said: "Modi government's expiry date has come. He will have to go."

Mocking several opposition parties' presence in the mega rally, which was hosted by the TMC supremo on Jan 19 in Kolkata, the Prime Minister said: "The people who were on the stage at Brigade didn't use to see each other face to face 4 years ago. Now, they were hugging each other. They are afraid of this chowkidaar."

Reacting to Modi's mock, the TMC supremo said: "Not only the political parties but all people have united to dethrone BJP."