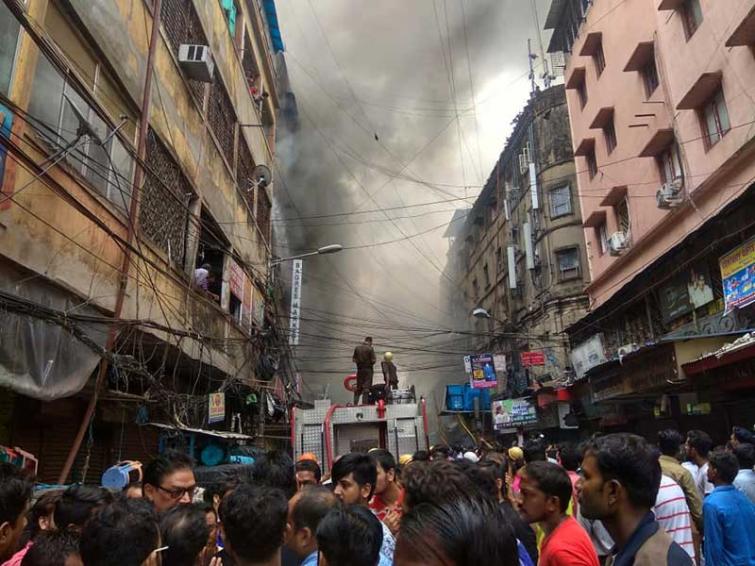 "Radha Bagree, Varun Raj Bagree and Krishna Kumar Kothari have been charged under IPC section 120B (Criminal conspiracy) and sections 11C, 11J and 11L of West Bengal Fire Services Act, 1950," an official from Burrabazar Police Station, where the main FIR in the case was lodged, told IBNS.

"The trio has been showed as 'absconding' in the charge sheet and police have appealed before the court to issue arrest warrants against them," the official added.

Police mentioned in the charge sheet that the fire started in feeder box underneath Bagree Market and soon after gutting few nearby 'makeshift' stalls, the blaze reached the commercial building's ground floor and then it spread to other floors quickly, sources said.

A source in the city sessions court told IBNS that the court had accepted the charge sheet and other legal processes will be commenced very soon.

Earlier on the wee hours of Sept 16 (Sunday) last year, a major fire broke out at Bagree Market in central Kolkata's Burrabazar area and more than 30 fire tenders and over hundreds of firemen fought for two days to douse the massive blaze.

Several shops and goods as well as medicines worth crores gutted due to the fire.

Since the accident took place, Bagree Estate's directors, CEO and other officials have goon absconding.