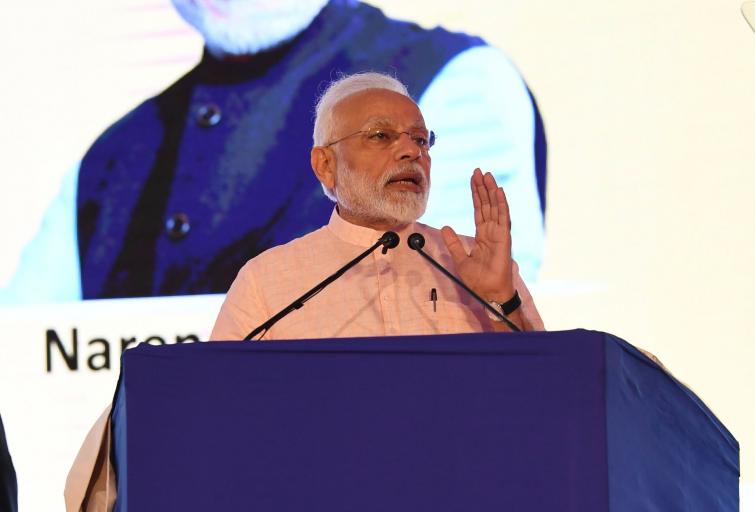 Thrissur, Jan 27 (IBNS): Targeting the Left government in Kerala over the issue of Sabarimala, Prime Minister Narendra Modi on Sunday said it was trying to disrespect the culture of the state.

"Unfortunately today, the cultural ethos of Kerala is under attack by the ruling party of the state. The Sabarimala temple issue in which the Communist government of Kerala are disrespecting all aspects of it’s culture, which has stood the test of time over centuries," he said.

The Left and the BJP have had different stands on the Sabarimala issue so far.

Modi also attacked the Congress and the Communist government in the state and further said: "Congress & the Communists have zero regard for our institutions, be it the Armed Forces, CBI, CAG or EC. The entire nation was amused to spot a top Congress leader in a press conference in London, where India’s democratic ethos was questioned."

He was referring to the EVM hackathon event held in London last week where Syed Shuja, a US-based cyber expert who claims he was a part of the team which designed the EVMs used in India, said the 2014 general elections in India were rigged.

The Election Commission of India, however, denied allegations by an "expert" - in a news conference in London - that the electronic voting machines (EVMs) used in Indian elections could be tampered with.

Congress leader Kapil Sibal had attended the event. His presence had triggered a war-of-words between the Congress and the BJP.

Modi said he would not allow corruption to occur in the country until he is in the power.

Modi on Sunday visited the southern states ahead of the Lok Sabha polls that are scheduled to take place in next few months.