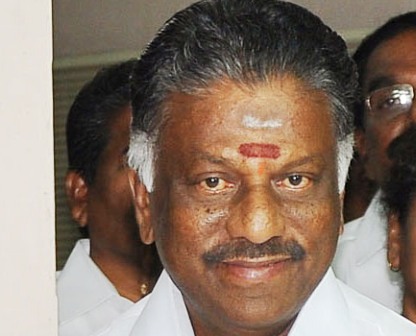 The ruling All India Anna Dravida Munnetra Kazhagam (AIADMK) legislators chose O Panneerselvam as the successor of Jayalalithaa on Sunday afternoon.  While Panneerselvam, who belongs to the Thevar community and is a loyalist of Jayalalithaa, had also served as the state's chief minister way back in 2001 for about six months.  Panneerselvam was the Finance Minister in the Jayalalithaa cabinet since 2011. He was the CM in  2001 when then   Jayalalithaa was barred from holding office by the Supreme Court of India. In March 2002, he resigned as Chief Minister and J. Jayalalithaa was sworn in after the Supreme Court overturned her conviction and she won a by-election from Andipatti assembly constituency.   In a massive setback, Tamil Nadu Chief Minister J Jayalalithaa was sentenced to jail for four years after her conviction along with three others by a special Bangalore court in the 18-year-old Disproportionate Assets (DA) case. The Chief Minister was present in the court when the verdict was delivered. She has also been fined Rs 100 crore along with the jail sentence under prevention of corruption act.  She was sent to jail soon after the verdict. The AIADMK chief will have to resign as the CM owing to the conviction since a Supreme Court ruling in such cases makes it mandatory for lawmaker sentenced for more than two years to be disqualified from the office.  Jayalalithaa, 66, has been found guilty of corruption by the special court near the Bangalore Central Jail. She had flown down to Bangalore from Chennai to be present in the court. The case was filed in 1996 by Subramanian Swamy, now a BJP leader, in 1996.  Jayalalithaa had already spent a few days behind the bars after she was arrested in the case about 18 years ago during the opposition DMK rule. It was argued in the court that she had amassed property worth Rs. 66 crores - including 30 kg of gold, 12,000 saris and 2000 acres of land- despite not taking any salary as chief minister.  Image: Creative Commons