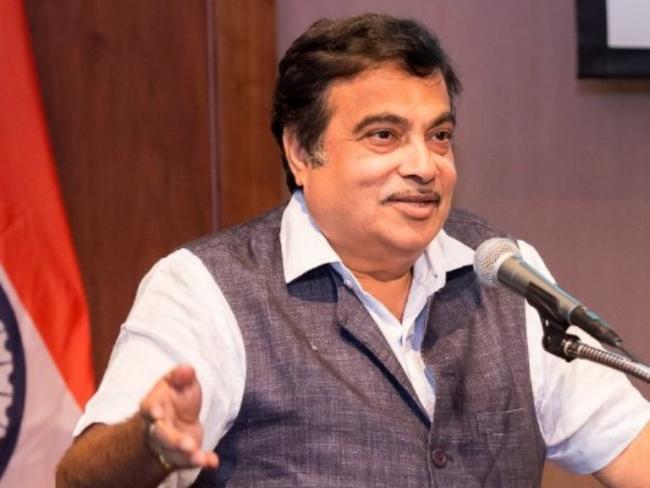 New Delhi, Jan 11 (IBNS) : Union Minister  Nitin Gadkari on Friday  signed a Memorandum of Understanding (MoU) with the Chief Ministers of  five states and Delhi  capital  for the construction of Renukaji Multi-Purpose Dam project in the Upper Yamuna Basin.

Gadkari also presided over the ceremony of signing of concession agreement for Namami Gange projects in Prayagraj under Hybrid Annuity Mode and One-City-One-Operator concept. The agreement was signed among Akhil Kumar from National Mission for Clean Ganga,  Anil Kumar Srivastava from U.P. Jal Nigam and  Dilip Pormal from Prayagraj Water Pvt. Ltd.

Besides Delhi, the five states involved in the MoU are Uttar Pradesh, Rajsthan,  Uttarakhand,  Haryana and Himachal Pradesh.

Speaking on the occasion, Gadkari said that there is enough water available in the country but the real issue is effective water management. Terming the signing of Agreement for Renukaji Dam project a historic moment, he said that the government will try to get the Cabinet approval as soon as possible.He added that a consensus on Kishau Multi Purpose project on River Yamuna has also been developed and soon an agreement for it will also be signed. He also informed about the Lakhwar Multi Purpose project for which agreement was signed on August 28th, 2018 among six basin states.

Ministers of State for Water Resources, River Development and Ganga Rejuvenation  Arjun Ram Meghwal and Satya Pal Singh along with Secretary, U.P. Singh were also present on the occasion. During the event, documentaries on Renukaji Multi Purpose Dam project and Namami Gange projects in Prayagraj were shown.

Renukaji Dam project has been conceived as a storage project on Giri River (tributary of river Yamuna) in Sirmour District of Himachal Pradesh. The project envisages construction of 148 M high rock filled dam for supply of 23 cumec water to Delhi and other basin states. The project will also generate 40 MW of power during peak flow. The project is proposed to be executed by Himachal Pradesh Power Corporation Ltd. (HPPCL). The live storage of Renukaji MPP is 0.404 MAF and total submergence area is about 1508 hectares in the territory of HP.

After the construction of the dam, the flow of river Giri will increase about 110 per cent  which will meet the drinking water needs of Delhi & other basin states up to some extent in lean period. Stored water of Renukaji Dam will be used by UP, Haryana & NCT of Delhi from Hathnikund Barrage, by NCT of Delhi  from Wazirabad Barrage and by UP, Haryana and Rajasthan from Okhla Barrage.

All the mandatory clearances in respect of Renukaji dam project except Stage-II forest clearance, invest clearance and approval from CCEA have been obtained.

An agreement in respect of sharing of cost and benefits of Lakhwar Multi Purpose Project amongst among basin States viz. Uttarakhand, Himachal Pradesh, Haryana, Uttar Pradesh, Rajasthan and NCT of Delhi was signed by the Chief Ministers in the presence of Nitin Gadkari, Union Minister, Water Resources, River Development and Ganga Rejuvenation at New Delhi on August 28 , 2018.