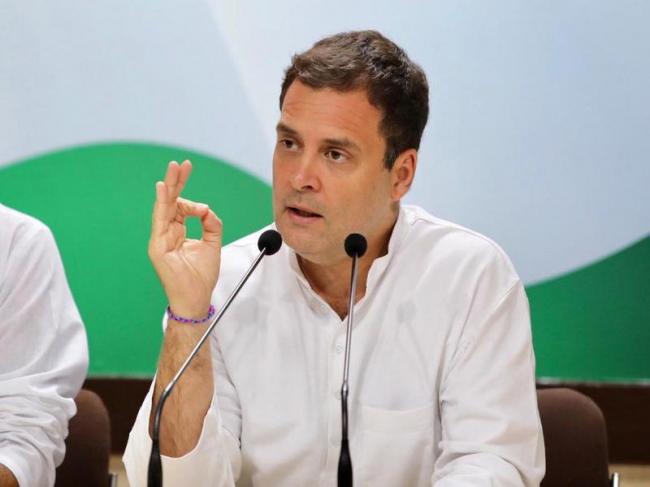 Jaipur, Jan 9 (IBNS): Gearing up for the Lok Sabha polls and to fight against Narendra Modi to come back to power at the Centre, Congress president Rahul Gandhi on Wednesday attacked the Prime Minister and said he has ignored the farmers of the country for the past five years.

He described farmers of the country as 'assets'.

"Farmers are our biggest asset. For the last 5 years, Mr. Modi has ignored our farmers and our youth," the Congress president said while addressing a rally in Jaipur.

"Youth of the country are tired of Mr. Modi. With Demonetisation he wrecked small businesses. He waived off loans of India's richest, but how many young entrepreneurs received financial support from Modi govt?" he said.

Gandhi said farmers loans across the country will be waived if the Congress forms the government at the Centre.

"When we form the govt in centre in 2019, we will waive farm loans across the country. This is a first step to provide relief to the farmers but this is not the final solution," he said.

"Farmers of Rajasthan and India face similar kind of distress. I had promised to waive farm loans within 10 days of forming the govt. I'm happy to announce that we did it in 2," he said.

Gandhi and his Congress returned to power in Rajasthan by winning the Assembly polls in the state last year.