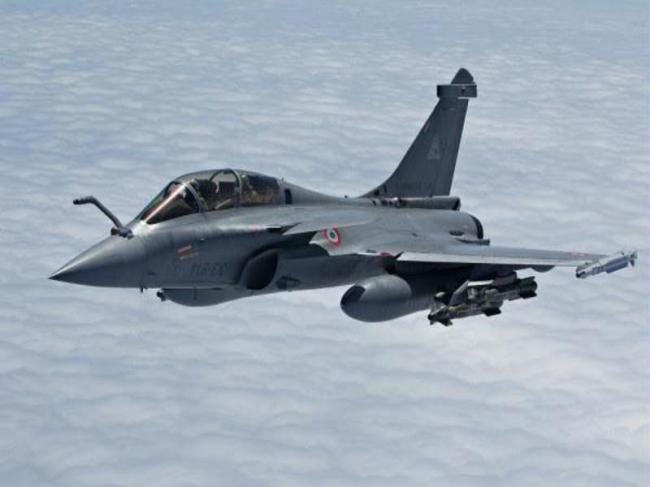 New Delhi, Jan 2 (IBNS) :The Congress on Wednesday released an audio clip in which a Goa minister purportedly claims that former Defence Minister Manohar Parrikar possesses files with all the of the India-France Rafale jet deal, media reports said.

Parrikar allegedly claimed to have “all the files related to the Rafale deal in his bedroom”.

Speaking to reporters at the Parliament House, Congress spokesperson Randeep Singh Surjewala said Parrikar had made the alleged remarks at a meeting of the Goa Cabinet a few days ago. Parrikar, who was the defence minister when the deal was signed in 2016, is now the chief minister of Goa.

In the audio clip, Goa minister Vishwajit Rane is purportedly heard speaking to a person  about the Cabinet meeting. He mentions about Parrikar making an “interesting statement”. “That I have all the information of Rafale in my bedroom,” Rane purportedly said. “He said it’s in my bedroom... here only in the flat.”

Rane is heard claiming that Parrikar had said that he had in his possession “each and every document of Rafale”.

Surjewala asked if this was the reason why the Bharatiya Janata Party was not allowing an all-party parliamentary inquiry into the deal. “The fashion in which every procedure was bypassed... it is all recorded in the files. Those files are with Mr Parrikar,” Surjewala said. “Why are those files being hidden?”

“We want the truth,” Surjewala said. “Parrikar has said this to someone whose identity we have deliberately kept confidential.”

However, Rane said the audio tape is "doctored".  "Mr Parrikar has never made any reference to Rafale or any documents. Have asked him for a criminal investigation into this."

The Supreme Court last month absolved the government of the charge linked to the Rafale deal. The court said there was no reason to doubt the decision-making process, causing a huge relief for the government, which was accused by the Opposition of indulging in corrupt practices in the Rs. 59,000-crore contract for the purchase of 36 fighter jets from France.