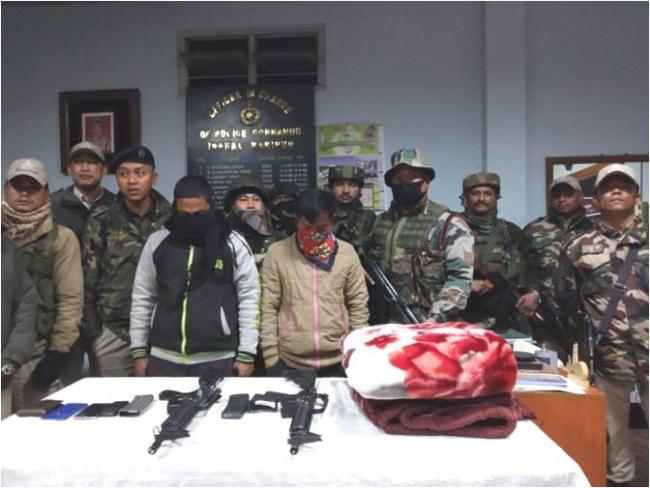 According to the reports, the Keithelmanbi Battalion of 9 Sector Assam Rifles, under the aegis of HQ IGAR (South), in a joint operations with Manipur police caught the two arms dealers with arms and ammunition in Imphal West district.

The operation was carried out based on specific inputs. Among the arms seized from the dealers are one US-made M16 assault  rifle with a magazine, one US-made M4 A1 carbine with one magazine and ammunition.

A top official of Assam Rifles said the two arrested had carried the consignment in a silver coloured Maruti Eeco Van.

In another operation, the battalion in a joint operation with Imphal West commandos apprehended a KCP (MC) militant from Langthabal Mantrikhong.

The militant was involved in extortion activities.