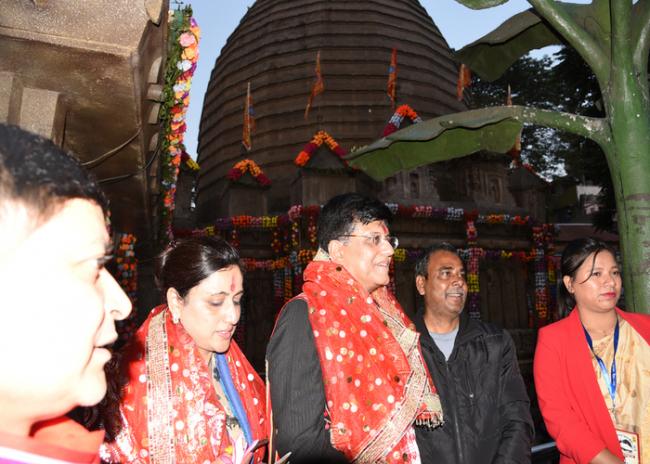 Bogibeel over, all efforts now to be on doubling railway line: Piyush Goyal

Guwahati, Dec 29 (IBNS): Union railway minister Piyush Goyal on Saturday said the his ministry will soon approach the Cabinet Committee on Economic Affairs for clearance of doubling of railway line from New Bongaigaon to Guwahati via Rangiya.

He was addressing a review meeting of senior railway officers at N. F. Railway Headquarters at Maligaon here.

The minister also said that following the major success of completing Bogibeel Bridge, all efforts should now be pointed towards doubling of railway lines in the region for capacity enhancement.

He asked the officials to prepare a plan of action within one week. 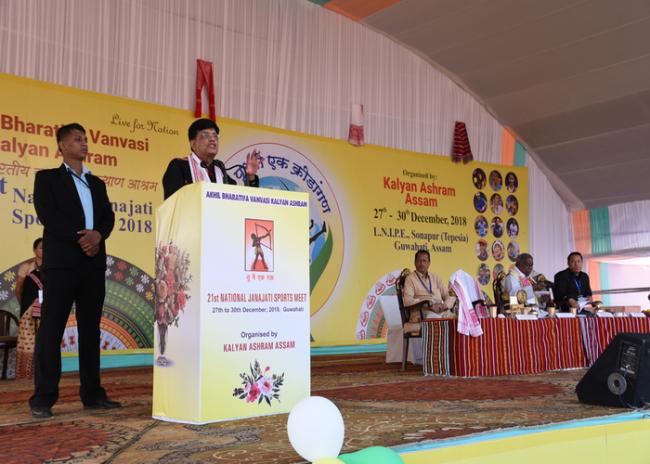 The minister also spoke to Assam Forest Minister Parimal Suklabaidya for ensuring a quick permission for soil procurement which is presently hampering project progress in Assam.

Before the review meeting with N. F. Railway senior officials, Goyal went to Kamakhya Temple seeking blessings of the Goddess. He promised to name one premium passenger train after Goddess Kamakhya as a mark of obeisance and respect of the entire Indian Railway family. 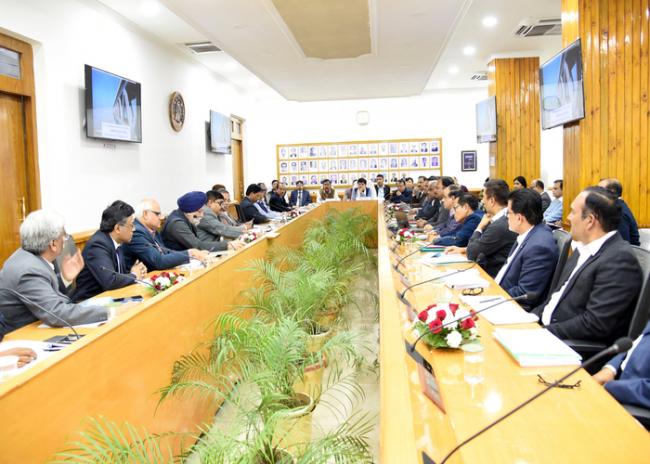 Earlier, the union railway minister addressed the concluding ceremony of All India Janajati Sports Meet near Sonapur at the outskirt of the city.

While elaborated on the developmental initiatives of the railway ministry for the northeastern region, he said timely completion of projects has always been topmost priority of the current government and the added thrust for this had resulted in timely completion of Bogibeel project.

Goyal said the use of sound of Honey Bee for chasing away elephants from railway track was an example of rural innovation that can bring in real transformation.

“N. F. Railway’s Rangiya division had successfully installed a mechanism where sound of bee is amplified whenever elephants are spotted near railway track to chase them away, thereby saving wild elephants from being hit by trains,” Goyal said.

The minister said such a mechanism would be considered for replication elsewhere in the country.

Along with the rest of Indian Railways, the last four years had been very eventful and successful years for N. F. Railway. A few of the achievements of N. F. Railway in Assam in particular and northeastern region in general are attached separately.