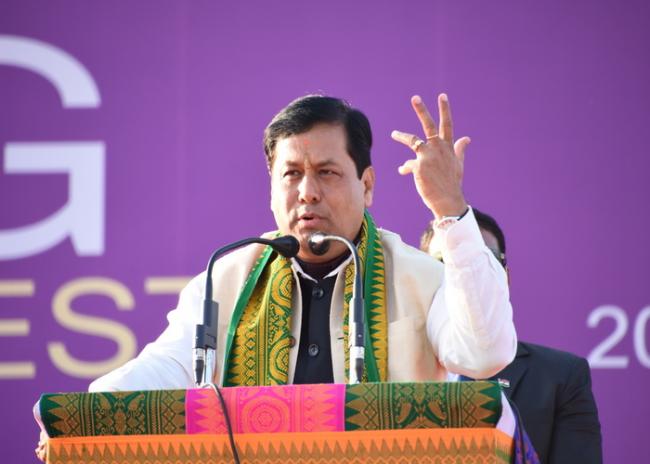 Guwahati, Dec 29 (IBNS): Assam chief minister Sarbananda Sonowal on Saturday said the great civilizations in the world have grown on the bank of the rivers and Assam is blessed to have been located on the bank of the mighty Brahmaputra and Barak.

This locational advantage of the state has been enriched by 121 tributaries of the Brahmaputra and 16 of Barak, he said.

Speaking on the third day of the third edition of Dwijing Festival at Aie River Park in Chirang district, Sonowal said that Brahmaputra and Barak are the life lines of the people of Assam and the development of the state has been catapulted by these rivers along with their tributaries.

He said that realizing this, the Assam government organized Namami Brahmaputra and Namami Barak to use water resources to aid development of the state. 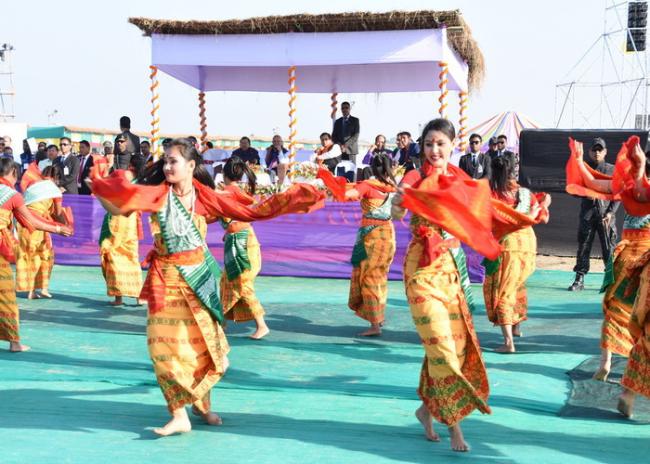 “The ongoing Dwijing Festival on the bank of the river Aie is yet another testimony of the state’s dependence on river, he added. Sonowal at the same time thanked the people of all sections to have cooperated for holding Dwijing Festival third time in a row. Successful celebrations of these festivals amply testify that good governance is prevailing in the state,” Sonowal said.

He also expressed his hope that Dwijing Festival will help in the growth of economy of the state with direct ramification of developing livelihood of the people along with their living standard.

“Spontaneous participation of the people belonging to different caste, creed, class, culture etc into this festival showcases the peaceful coexistence of people in the state. Festival like this would further help in strengthening this harmonious relation and help the state to march forward,” Sonowal said.

BTC chief Hagrama Mohilary, while speaking on the occasion, said through Dwijing festival the organiser aimed at showcasing the age-old harmonious coexistence in BTAD areas. 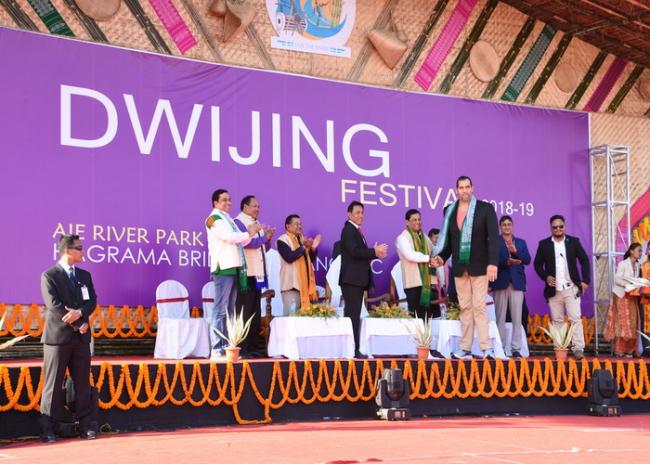 He said the BTC administration is trying to transform this festival into a major tourist attraction and working to celebrate the festival in line with Hornbill festival. He also said that efforts have also been made through this festival to showcase indigenous culture to the world.

The 12-day festival, which was opened on Dec 27, will continue till Jan 7 and will feature traditional sporting events along some adventure aquatic events, cultural extravaganza, camel riding, helicopter riding etc.