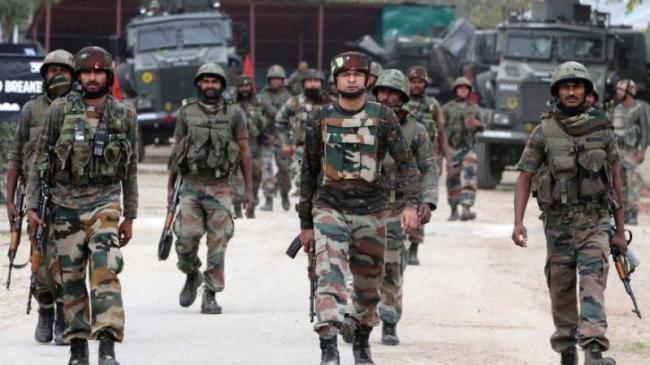 While that the security forces were conducting searches, the terrorists fired on them from their hiding place leading to a gun battle.

Their identity of the slain militants could not be ascertained immediately. The area witnessed intense clashes between locals and security forces after the killings. Internet has been snapped as a precautionary measure.