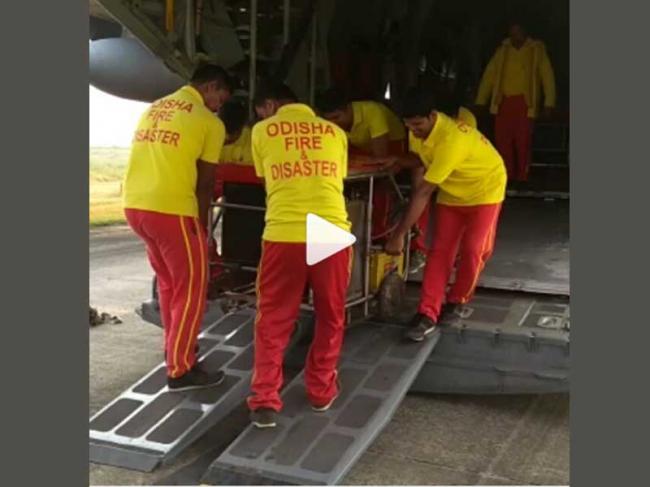 Guwahati, Dec 28 (IBNS) : After huge criticism over the centre and the Meghalaya government’s inability to rescue 15 miners, who were trapped inside a flooded coal mine in Meghalaya’s East Jaintia Hills district for the past 15 days, measures are now being taken to rescue the trapped miners.

According to the reports, the Indian Air Force on Friday airlifted a 21-member NDRF team and a team of Odisha Fire Services with 10 high-powered pumps from Bhubaneswar to Guwahati.

An Indian Air Force transport carrier ‘C-130J Super Hercules’ carried the team from Bhubaneswar to Guwahati airport and the team will leave to the incident spot.

The pumps and other equipments will be transported by seven vehicles of Indian army to East Jaintia Hills district.

Congress president Rahul Gandhi had also criticized Prime Minister Narendra Modi over the incident and tweeted: “15 miners have been struggling for air in a flooded coal mine for two weeks. Meanwhile, PM struts about on Bogibeel Bridge posing for cameras. His government refuses to organize high-pressure pumps for the rescue. PM please save the miners.”

It is to be mentioned that 15 miners were trapped inside a flooded coal mine at Ksan village near Lumthari area in East Jaintia Hills district since Dec 13 and their fate continues to remain unknown, while the rescuers fighting to locate them and surging water level inside the 370-feet deep coal pit.

The Meghalaya government had suspended the rescue operations on Dec 24 because of two pumps being used have proved ineffective bringing the water level down at the coal mine.

According to the reports, at least 20 miners had entered the 370-feet coal mine on Dec 13, but five among them had managed to climb out after water from multiple channels flooded the coal mine.

Among the 15 trapped labourers, seven labourers hail from West Garo Hills district in Meghalaya, five from Assam and three from the remote Lumthari village in East Jaintia Hills district.

The National Green Tribunal has banned unscientific and unsafe coal mining in Meghalaya since April, 2014.

#IAF transport carrier C-130J Super Hercules had carried a 21-member team of #NDRF with 10 high-powered pumps from #Bhubaneswar to #Guwahati.