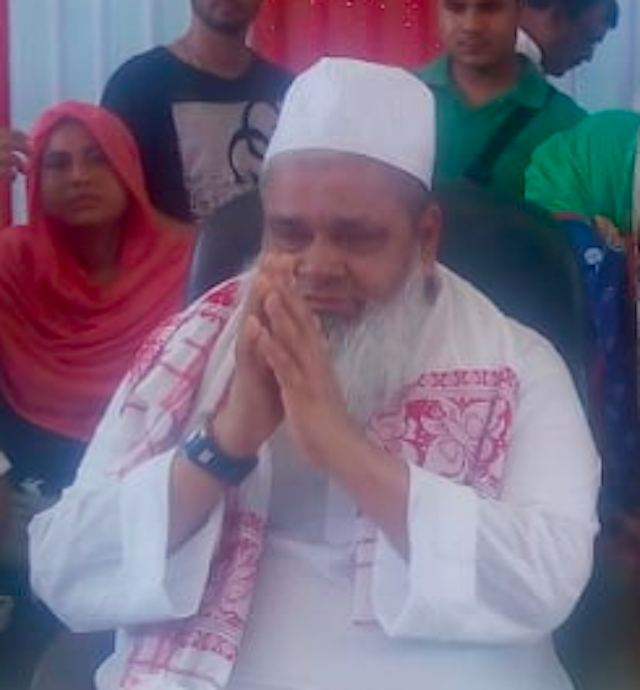 Guwahati, Dec 27 (IBNS): All India United Democratic Front (AIUDF) chief and Lok Sabha MP from Assam’s Dhubri constituency Badruddin Ajmal on Wednesday threatened a TV journalist with dire consequences and tried to attack him after being asked a question he did not like.

The AIUDF had organised a felicitation programme at Hatsingimari in Assam’s South Salmara Mankachar district for the party candidates who won in the recent panchayat polls. The incident took place on Wednesday during a news conference held by Ajmal after the felicitation ceremonies.

Replying to a question on the party’s stand in the forthcoming Lok Sabha polls, the AIUDF chief said his party was with the "Mahagathbandhan" (grand alliance) and would go with their plan.

When the journalist further asked if Ajmal's party would take the side of whoever formed the government at the Centre, the AIUDF chief suddenly got angry, abused him and snatched away the reporter’s microphone.

"How many crores will you give me? You recorded this... This man is an opportunist. This guy is also defaming you people (other reporters). With how much money has the BJP bought you? Get lost," he said.

The AIUDF chief also verbally abused the journalist by calling him "badmaash" (villain) and "kukur" (dog).

"Get out....go dog.....I will smash your head. Go register a case against me. Assault him if he again visits here," he said.

The AIUDF chief had then asked the journalist to apologise for his question.

The TV Journalist Association of  Assam and the the Digital Media Journalists’ Association of Assam (DiMJAA) have strongly condemned Badruddin Ajmal’s act and demanded unconditional apology from him. The DiMJAA has also decided to file an FIR against the AIUDF chief.