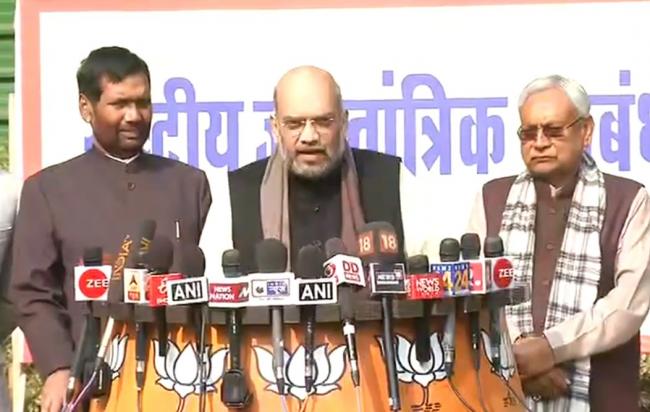 BJP, JD-U will contest 17 LS seats each in Bihar, 6 left for Paswanâ€™s LJP

As per the understanding reached out among them, both the BJP and the JD-U will contest on 17 LS seats each while the remaining six seats have gone to the share of the Lok Janshakti Party (LJP) headed by Union Minister Ram Vilas Paswan.

Apart from this, the Paswan will be nominated to the Rajya Sabha in the immediate future.

The announcement about the seat-sharing was made after a meeting of the top leaders from the three parties at the residence of BJP president Amit Shah in New Delhi on Sunday.

“We have reached out at the understanding after taking into account the grounds reality of the prevailing political situation in Bihar,” Shah told the media.

He said they were also working out on launching joint election campaigns in the state adding the decision about the selection of seats would be announced later.