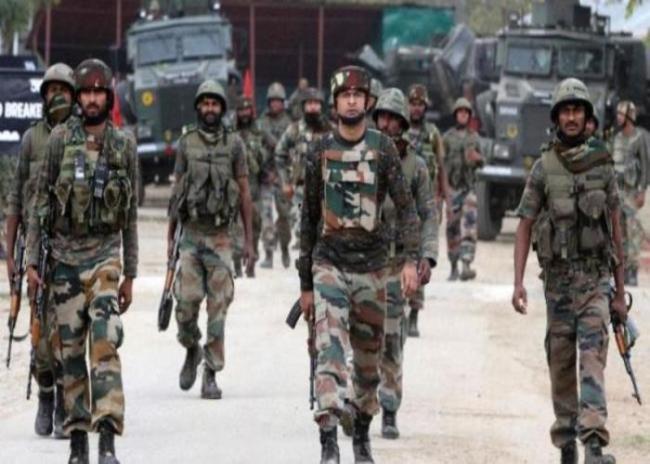 Srinagar, Dec 22 (IBNS) : Six terrorists, including a close aide of Zakir Musa, one of Jammu and Kashmir's most wanted terrorist, were killed in an encounter with security forces in Pulwama district on Saturday, media reports said quoting security forces.

Soliha, also known as Rehaan Khan, was the deputy chief of Zakir Musa's group Ansar Ghazwat-ul Hind, which has links with Al-Qaeda.

Apart from him, the other terrorists have been identified as Faisal, Nadeem Sofi, Rasiq Mir, Rouf and Umar

Army and police launched a joint operation in Arampora Tral  in the south Kashmir district after receiving a tip off. The militants, who were hiding in a house, fired upon the forces, leading to the encounter, during  which, six militants were killed, officials said.

Army spokesman Col Rajesh Kalia confirmed the killing of six militants adding that arms and ammunition were also recovered from the possession of militants.

Police said as the forces were conducting searches, terrorists fired upon them, triggering the encounter.

"Weapons and war-like stores have been recovered. The operation is over," a Defence Ministry spokesman said.

Zakir Musa is a former Hizbul Mujahideen terrorist, and his Ansar Ghazwat-ul Hind is said to also have links to Jaish-e-Mohammed. He is one of the most wanted terrorists who are currently operating in the Kashmir valley.

In November, Punjab was put on high alert after he was spotted near Amritsar. Posters of Zakir Moosa were put up across the state following inputs that he along with seven members of the terror outfit Jaish-e-Mohammed were believed to be sighted in Ferozepur.