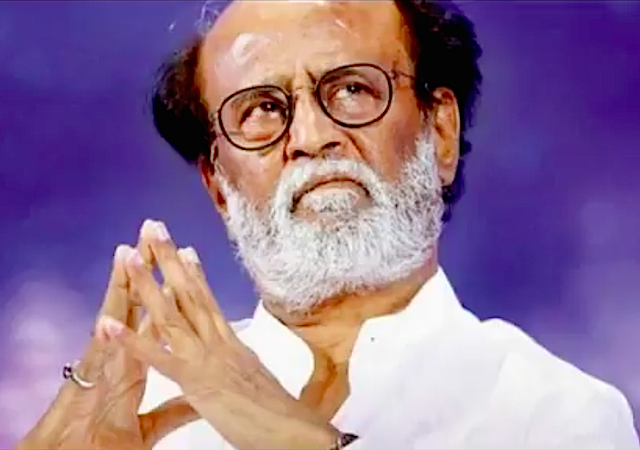 The move is being seen as a ploy to strengthen his political footprint. The 68-year-old actor had announced his decision to get into politics on December 31, 2017.

According to reports, the names being considered are Rajini TV, Superstar TV or Thalaiver TV. Hindustan Times said the actor's aide V.M. Sudhakar has filed the application for the three names.

“I, R Rajinikanth have no objection to use my name, photo on the logo and label. I request the registrar to process the application to the next level,” reads the letter signed by him, said Hindustan Times.

“We have just initiated the process to get the names registered with the Registrar of Trademarks. We are all set to launch the channel,” the report quoted Riaz, the actor's PR manager, as saying.

Almost all political parties in Rajinikanth's home state Tamil Nadu, have their own TV channels, prominent among them being the Sun TV of the DMK and Jaya TV of the AIADMK.