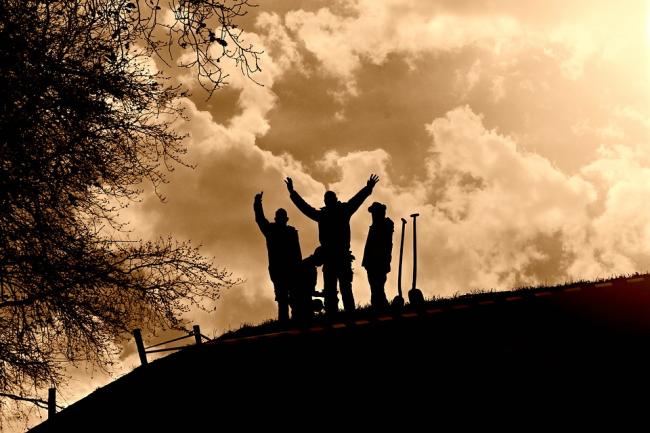 New Delhi, Dec 21 (IBNS) : For close to three years, 52 Dalit and tribal persons, including 16 women and 4 children, were “enslaved” in a  small shed and forced to work  for 19 hours a day without wages across Karnataka before police rescued them on Sunday, CNN-News 18 reported quoting the police.

The report said in case of protests, they were beaten up with a horse whips and the women were sexually harassed.

The police conducted raids on Sunday at the small shed at the Hassan area of Karnataka, where the victims used to live in inhuman conditions. The police received information of the ongoing bonded labour ring after a man escaped scaling a 12-feet wall and reached for help.

An FIR has been lodged under sections 323, 324 (wrongful confinement), 344 (theft), 356 (sexual harassment) of the Indian Penal Code (IPC) Bonded Labour System (Abolition Act) and the SC, ST (Prevention of Atrocities Act). The police have arrested two persons in the case.

CNN-NEWS 18 quoted the police as saying that it was a pre-meditated system of bodnage with migrant workers being the target.

The youngest victims in the case are two six-year-old boys, while the oldest is a 62-year-old man, Ganesha. While some were kept in the shed forcibly for up to three years, the most recent victim had been staying there for a month.

The report said the victims  were locked up at night. As a result, they would complain at night that they needed to go to the toilet. Finally, a pipe was installed inside the shed and they were asked to use that corner as a toilet. Women would have to use it, and their husbands would hold up a towel as a curtain.

The accused have been identified as Munesha, Krishnegowda, Basavaraja, Pradeep and Nagaraja. The land, where the shed existed was owned by Bangalore-based Krishnegowda while Munesha was the main operator, said the police.

Explaining the modus operandi, a senior police officer said, “Two auto drivers would target migrant workers at railway stations. Either these were workers looking for work, or the ones in transit they would walk up to them and offer a day’s work for Rs 600 or so. But afterwards they would capture them and virtually enslave them.”

Once the auto drivers brought the workers to the shed, they were stripped off their clothes and their belongings – including identity cards, phones and money – were taken away. “They were told that any attempts at escaping would lead to violence,” the report said quoting a police officer.

Three meals a day and an occasional pouch of local alcohol for the men were the only ‘payment’ for the workers, while disobedience was met by beatings with a horse whip and meals being stopped.

The police said that Munesha had two vehicles – which have been seized – which he used to transport the workers from one work spot to the other. “Since they had all seen each other getting beaten up, they never gathered the courage to speak of their plight where they had been working. This was a form of intimidation that the accused utilized to keep them obedient,” the police have been quoted as saying.