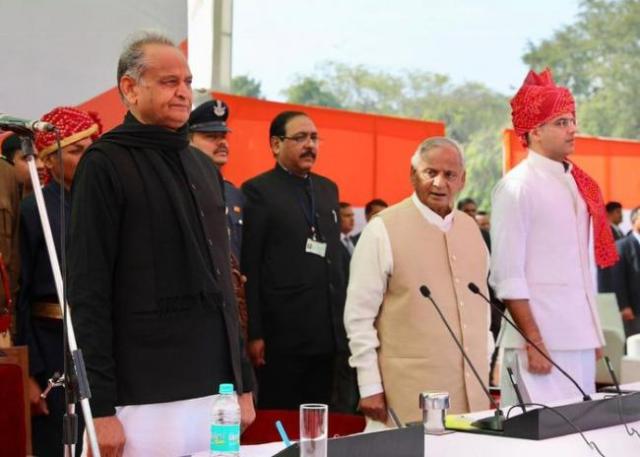 Jaipur, Dec 18 (IBNS): Rajasthan deputy chief minister Sachin Pilot has said with Ashok Gehlot and him at the helm, the state's government machinery was now a car with two engines.

Speaking to NDTV, the 44-year-old Congress leader said: "It is a do-engine ki gaadi (vehicle fitted with two engines)... We will work with twice as much energy."

After the spectacular win in Rajasthan, the Congress party took its time to decide on who should get the chief minister's post between Ashok Gehlot and Sachin Pilot, both of whom are credited to have contributed significantly to defeating the BJP in the state.

On Monday, Ashok Gehlot was sworn in as the chief minister for the third time while state Congress chief Pilot took the oath as deputy chief Minister of Rajasthan.