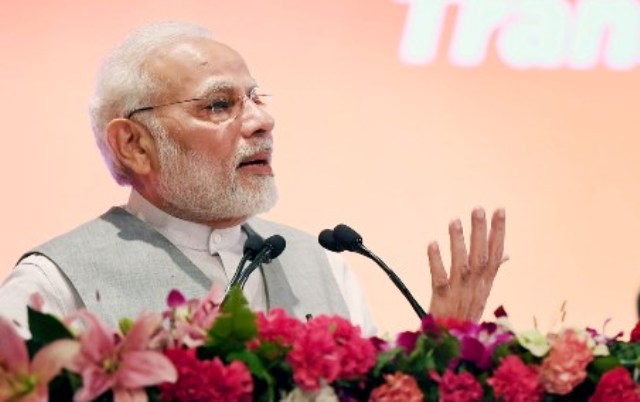 In what is seen as a kick start of 2019 election campaign, the PM also accused the Congress of compromising the national security.

Speaking at his first public meeting in Sonia Gandhi's constituency, PM Modi said: "I want to know from the Congress -- is it agitated today and telling lie after lie because the BJP government's defence deals do not have any Quattrocchi "mama", Christian Michel uncle?"

Ottavio Quattrocchi was an Italian national, who was one of the alleged middlemen in the Bofors deal made by the government headed by former Prime Minister and Sonia Gandhi's husband Rajiv Gandhi.

Happy to be in Raebareli. Watch my speech at the public meeting. https://t.co/G1usbS8jIA

Giving a shot in the arm of the Narendra Modi government which is suddenly on the back foot after suffering electoral reverses in state polls, the Supreme Court on Friday rejected all the pleas which sought a probe into the Rafale deal pertaining to the buying of 36 fighter jets by India from France.

The top court said there is no need to doubt the process and interfere in the pricing of the deal which has been picked up by Congress leader Rahul Gandhi as a political ammunition to attack Modi ahead of the 2019 general elections.