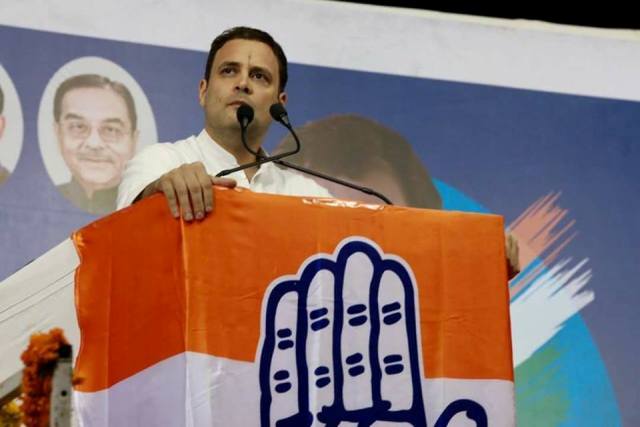 Jaipur, Dec 12 (IBNS): Congress president Rahul Gandhi is expected to announce the name of Rajasthan's next chief minister on Thursday, reports said, adding that the choice is likely to be between state party boss Sachin Pilot and Congress veteran Ashok Gehlot.

Earlier in the day, the Congress Legislature Party (CLP) in Rajasthan passed a resolution authorising party president Rahul Gandhi to decide the name of the chief minister.

NDTV, quoting sources, said the Congress was working out a formula that will keep both leaders happy with one of the managing the state while the other shifted to Delhi.

AICC General Secretary Avinash Pande and party's observer K.C. Venugopal sought the individual opinion of party MLAs in the meeting, which is still underway at the state Congress office in Jaipur.

State Congress chief Sachin Pilot and former Chief Minister Ashok Gehlot, both front-runners for the post, are present in the meeting.

The results of  the state Assembly elections were declared on Tuesday. Election in Alwar's Ramgarh constituency was postponed due to the death of the Bahujan Samaj Party (BSP) candidate.

However, the Congress is set to form the government as it would get support from other smaller parties.

Bahujan Samaj Party (BSP) chief Mayawati has said her party will support the Congress to keep the BJP out of power.